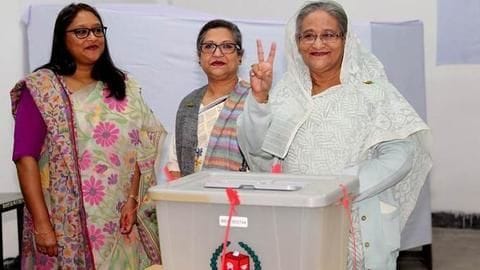 Bangladesh Prime Minister Sheikh Hasina's alliance has won the parliamentary vote with a thumping majority even as the main opposition rejected the "farcical" elections.

The elections claimed 18 lives and left over 200 injured, making it one of the deadliest polls in the country.

The ruling Awami League-led coalition has won over 267 seats in the 300-member House, according to the Election Commission (EC). 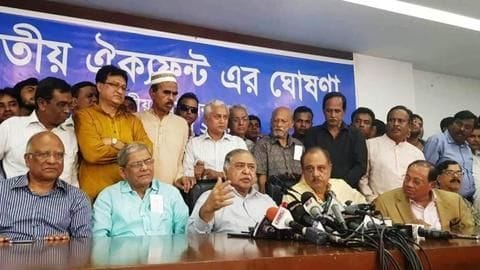 The opposition National Unity Front (UNF) led by the Bangladesh Nationalist Party (BNP), which has been out of power for 12 years, and had boycotted the 10th general elections in 2014, managed to secure only eight seats, media reports said.

The opposition Oikya Front demanded that the EC immediately scrap the "farcical election" and hold a fresh one under a non-partisan interim government. He said the elections proved that free and fair polls were not possible under a partisan government. 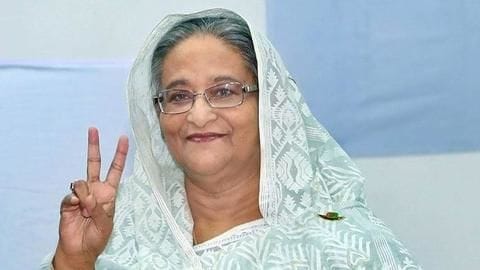 The EC confirmed the complete result of the constituency in southwestern Gopalganj from where Hasina won, bagging 2,29,539 votes, while her BNP opponent got only 123 votes. 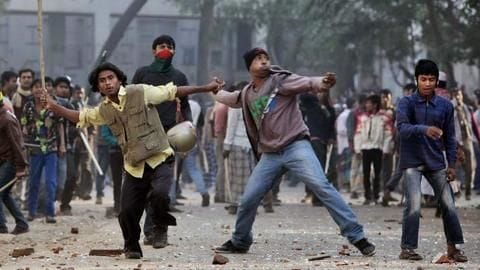 While Hasina was seeking re-election for the fourth term as the Prime Minister, her chief rival Zia, who is reportedly partially paralyzed, faces an uncertain future in a Dhaka jail.

The EC said they have received over a hundred complaints from candidates throughout the country amid reports of violence.

At least 18 people, including a security agency member, have been killed in poll-related violence.

Over 6,00,000 security personnel were deployed for the election The violence has also injured more than 200, making it one of the deadliest polls in the country, the Daily Star reported.

Reports said most of the dead were ruling party activists, while others were workers of the BNP or its allies.

Over 600,000 security personnel were deployed across the nation for the election in which 10.41 crore people were eligible to vote.