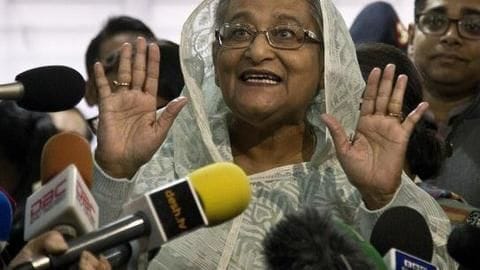 Prime Minister Sheikh Hasina has said that she will be the "premier of all" Bangladeshis and her government's first priority would be to continue the economic reforms.

Prime Minister Hasina's Awami League and its allies won a landslide victory in the general elections on Sunday, bagging 288 of the total 299 seats that went to the polls.

Ensuring safety and security of our people most important: Hasina 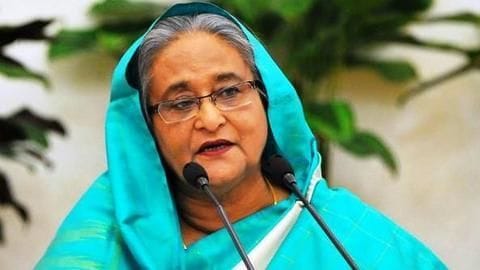 Hasina said she would discharge her responsibility as the "premier of all" during her upcoming five-year tenure.

She said the priority of the new government will be to complete the programs that have already been undertaken.

"We have okayed different projects, we have to work on them. Now, the most important thing is to ensure the safety and security of our people," she said. 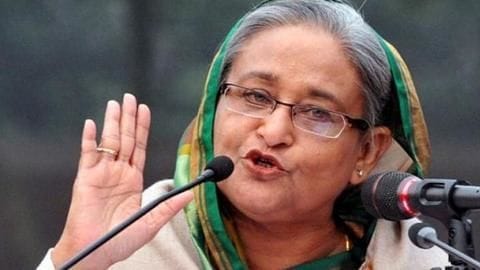 The PM said the first priority would be to continue the economic activities so that people may have a better life.

She said her party does not believe in the politics of revenge.

"Rather, Awami League works for the development of people considering them as a human being once it gets elected," she said.

Hasina also brushed aside the Opposition's allegation of vote rigging. 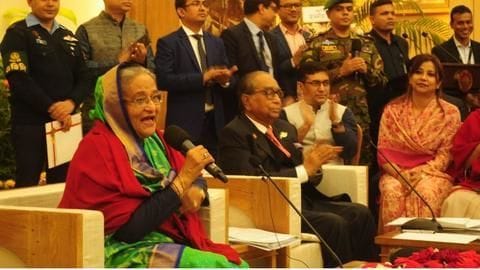 Over the allegations, Hasina said, "If there had been any allegation, the Election Commission would have canceled voting in the center immediately."

She said one or two incidents of irregularities out of the total 40,000 voting centers did not make the whole election unfair.

"They [people] wanted continuity of the government, development for which they overwhelmingly voted for us," she said.

At least 21 people, including a member of a security agency, have been killed and more than 200 others injured in poll-related violence, making it one of the deadliest polls in the country. The UN yesterday called for restraint in Bangladesh over the issue.