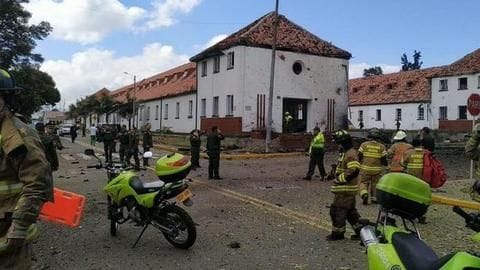 A car bomb attack on a police cadet training academy killed 10 people and wounded 65 in Bogota yesterday, making it the worst such incident in the Colombian capital in 16 years.

The defense ministry said the "terrorist act" was carried out using a vehicle packed with 80kg of explosives.

Colombia is sad but won't bow to violence: Duque

Vowing to bring justice, Duque added, "COLOMBIA is sad but will not bow to violence." The bomber, believed to have been killed in the attack, struck at General Francisco de Paula Santander Officer's School in the south of Bogota during a promotion ceremony for cadets.

Public prosecutor suspects Rojas Rodriguez as mastermind behind the attack 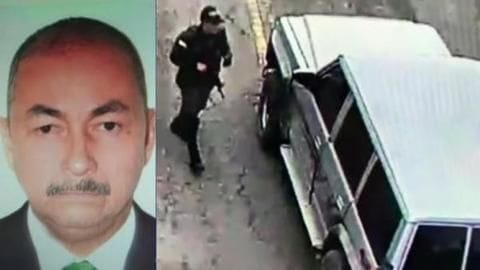 Martinez, without giving much details about the explosion, said Rojas Rodriguez entered the school compound at 9:30 am (14:30 GMT) driving a grey 1993 Nissan Patrol truck.

Martinez further said the truck had undergone an inspection in July.

Investigation opened 'to find those responsible for this terrorist act' 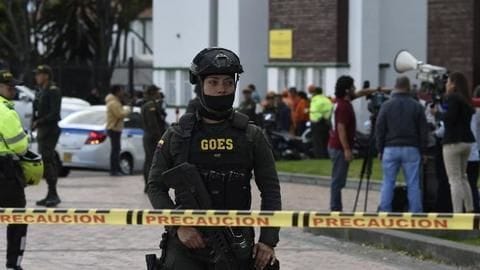 About the inspection, Martinez said it was held in the Arauco department on the border with Venezuela, a traditional stronghold of ELN Marxist guerrillas.

The defense ministry said an investigation had been opened "to find those responsible for this terrorist act."

Ecuador's President Lenin Moreno said one of the dead was an Ecuadorean cadet, while a second suffered light injuries. 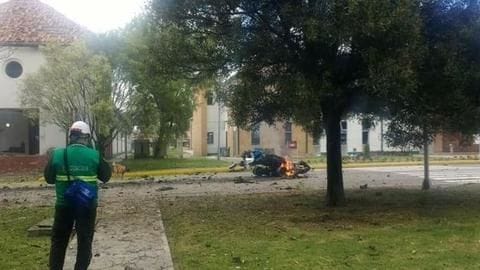 "The brutal act of terrorism in Bogota took the life of a compatriot. My sincerest thoughts go to the family, friends, and companions of Erika Chico," Moreno said on Twitter.

Fanny Contreras, the Colombian armed forces' health inspector, told local radio that the truck "entered the school compound suddenly, almost hitting the police and then there was the explosion".

Families lingering in vicinity of academy to hear some news 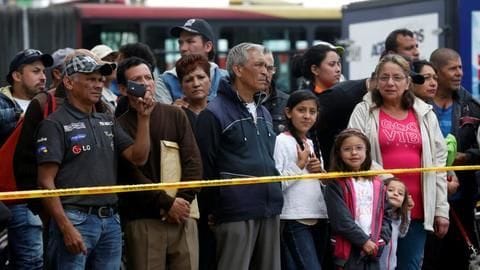 Carol Oviedo said her brother Jonathan, a cadet, told her on the phone he had been injured before the connection was cut.

"In two years since he joined the police, he's never had to face a situation like this," she said.

Like other families, Oviedo was also lingering in the vicinity of the academy hoping to hear some news.

US offers help in investigating attack, expresses 'condolences and sympathies'

United States assistant secretary of state in charge of Latin America, Kimberly Breier condemned the attack and said, "Our condolences and sympathies go to the victims and family members of those killed." The US embassy in Bogota offered its "help in investigating this reprehensible attack".

Authorities have sealed off the attack area to the press 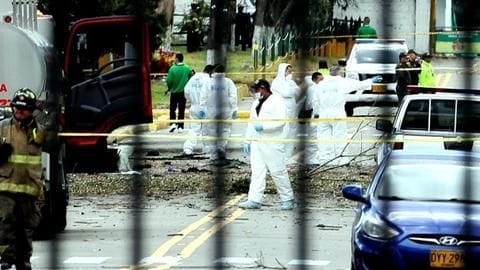 Owner of a confectionery-store near the school said the sight after bomb blast was horrible, adding it seemed like the end of the world.

Authorities sealed off the area to the press and increased security service patrols in the south of the city.

Right-wing Duque has peddled a tough line against Marxist rebels and drug traffickers in the largest cocaine producer in the world. 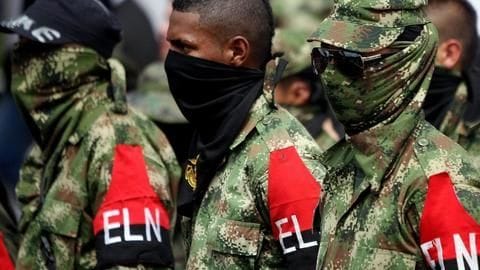 Peace talks with ELN guerrillas, who in the past have claimed responsibility for bomb attacks on police, stalled before Duque replaced Juan Manuel Santos as president in August last year, and have not been restarted.

Duque has made several demands, including the release of all hostages, as prerequisites to kick-starting the peace process, but the ELN has dismissed those as unacceptable.

After FARC turned into a political-party, ELN last rebel group After the 2016 peace accord signed by Santos and FARC (Revolutionary Armed Forces of Colombia—People's Army) guerrillas turned the former rebels into a political party, the ELN is considered the last active rebel group in a country that has suffered more than half a century of conflict.

That cycle of violence has also involved paramilitaries, drug traffickers and other Marxist rebels, including FARC dissidents. 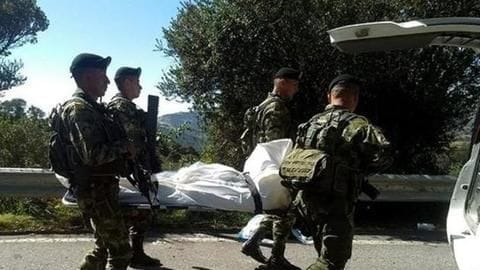 A year ago, six police died and 40 were injured in an attack on a police station in the Caribbean city of Barranquilla that was claimed by the ELN.

In February 2017, the ELN claimed responsibility for an attack on a police patrol in the Macarena neighborhood of Bogota that left one officer dead and several seriously wounded.

The 2017 Bogota shopping mall attack was blamed on MRP

On June 16 2017, three people, including a Frenchwoman, were killed and nine others were wounded in an attack on a Bogota shopping mall in Zona Rosa area that authorities blamed on a fringe left-wing group called the Revolutionary People's Movement (MRP).