Mozambique's President Filipe Nyusi said over 1,000 people were feared dead in the country which was hit by the deadly Cyclone Idai four days ago. He said the cyclone submerged entire villages and left dead bodies floating in the flood waters.

"It is a real disaster of great proportions," Nyusi said. Idai could be the deadliest cyclone in generations to strike Mozambique.

Cyclone may have killed over 1,000, says Nyusi

Idai claimed over 215 lives in three countries so far 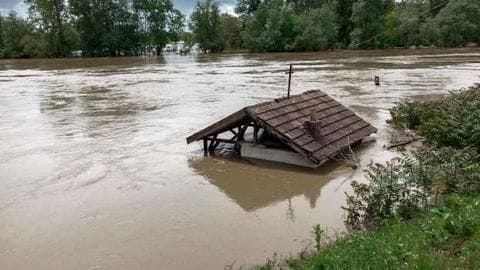 Idai made landfall at Beira, a port city in impoverished Mozambique, and then with heavy rain and strong winds moved through neighboring countries, Zimbabwe and Malawi.

The storm claimed over 215 lives in the three countries, including over 80 in Zimbabwe's Chimanimani and more than 50 in Malawi.

Hundreds were reportedly injured and missing while about 1,000 homes were destroyed in eastern Zimbabwe.

In southern Malawi's Nsanje, many houses were fully submerged while about 11,000 households were displaced, according to Doctors Without Borders, as river banks were broken, causing flooding. Emergency food and medicine reached the affected countries with the help of UN agencies and the Red Cross.

Waters of the Pungue and Buzi rivers overflowed: Nyusi 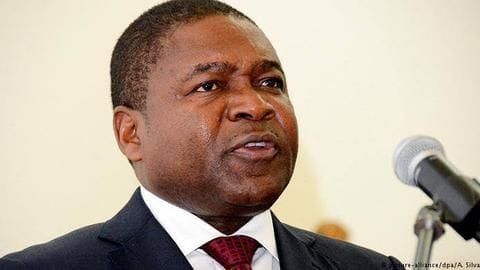 "The waters of the Pungue and Buzi rivers overflowed, making whole villages disappear and isolating communities, and bodies are floating," Nyusi said after taking a flight over Beira and two rural provinces.

According to the United Nations' humanitarian office, flood warnings have been issued and heavy rains forecast for the next 24 hours by the government, including in regions hit hard by Idai.

Cyclone Idai has destroyed 90% of Beira 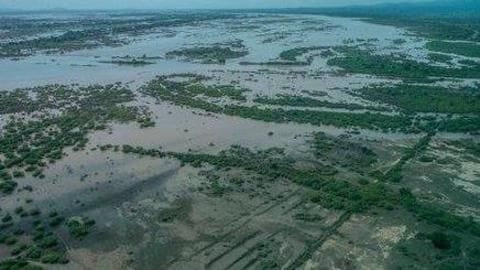 Idai has damaged or destroyed 90% of Beira, the Red Cross said. The cyclone cut off electricity and access to the city by road and shut down the airport of Mozambique's fourth-largest city, Beira.

Destruction in Beira is 'massive and horrifying' 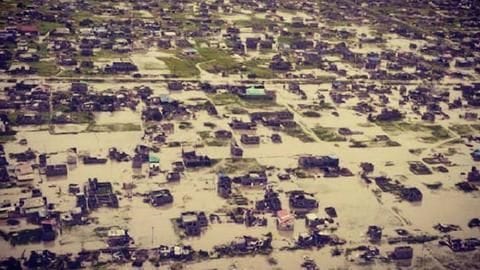 The destruction caused by Idai in Beira is "massive and horrifying," said Jamie LeSueur, who led a Red Cross team, which assessed damage by helicopter.

Meanwhile, the UN has warned of devastation, especially of crops and livestock, outside Beira too.

"As this damage is occurring just before the main harvest season, it could exacerbate food insecurity in the region," said the UN humanitarian office.