Donald Trump meets with a bevy of corporates 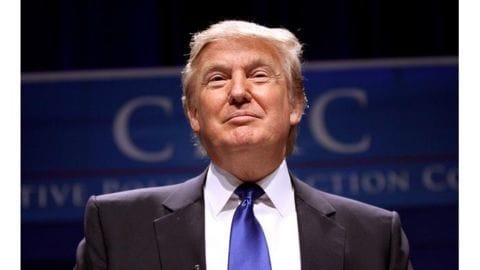 The closed door meeting is expected to be held at the Trump Tower and the meeting's agenda has not been disclosed yet.

Let's take a look at what is likely to be discussed.

Donald Trump meets with a bevy of corporates The closed door meeting is expected to be held at the Trump Tower and the meeting's agenda has not been disclosed yet.

Let's take a look at what is likely to be discussed. Trump has called on American tech companies to manufacture their products locally.

Elon Musk established companies that make cars and rockets in the US and may have suggestions for policy-changes. To boost domestic manufacturing, discussions on corporate tax-cuts are likely.

Tax cuts will have significant ramifications for tech companies; several including Apple, Microsoft and Cisco hold massive cash holdings outside US to defer taxes.

Corporate-tax reform could encourage investment into the US, and tech companies have for long sought taxes on global profits to end.

Tax-reform could be a standout discussion at Trump's meeting. Republican lawmakers are working on legislation called "border adjustment" that would provide major gains to US companies with regards to exports while imposing new taxes on imports into US.

This form of 'protectionism' could have an adverse effect on global supply chains.

Experts believe governments in Europe and China may take retaliatory measures against American businesses that could have negative ramifications.

Advisors at petroleum conglomerate Koch Industries, traditionally Republican supporters, believe protectionist tax reform meant to boost US exports "could be devastating" for the economy and the consumers. The focus on corporate issues would be the meeting's core agenda however many remain concerned about Trump's stand on civil liberty issues.

His position alarmed many and engineers at tech firms even initiated petitions committing that they would never build registries identifying people based on religion and faith.

200 employees of tech companies including Twitter Inc, Google and Salesforce have pledged that they won't participate or help Donald Trump's administration to create a data registry that can track people based on religion or provide any assistance with mass deportations. President-elect Donald Trump's meeting with the CEOs of top US companies was closely watched by analysts; many of the CEOs openly opposed Trump's presidential bid.

Apple CEO Tim Cook and Tesla and SpaceX CEO Elon Musk are said to have got a private discussion with Trump; Trump jokingly demanded that everyone has to like him now.

The group will reportedly meet every quarter. Kalanick said joining the group "has been misinterpreted" as "an endorsement of the president or his agenda." Many of Uber's drivers are immigrants themselves.