ISIS claims 3 terrorists who blew themselves in #SriLanka raids 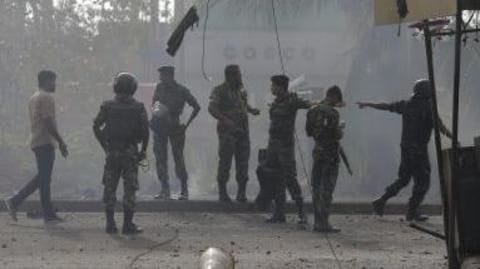 The Islamic State has claimed the three terrorists who blew themselves up during a fierce gun battle with security forces in Sri Lanka's Eastern province, a media report said today.

The shootout occurred on Friday night as the security forces continued their hunt for members of the National Thowheeth Jamaath (NTJ), the local terror outfit behind the Easter Sunday attacks.

Following a tip-off, security forces raided a house in Kalmunai 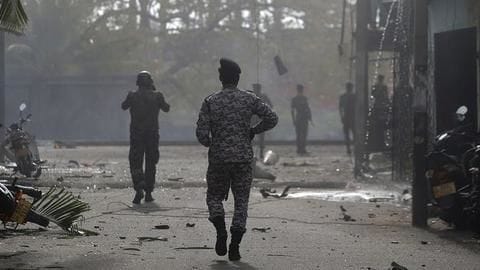 Special Task Force (STF) and Army troops, following a tip-off, raided a house in Kalmunai city, about 360 kilometers from the capital city Colombo, leading to the heavy exchange of fire with the armed group.

As the heavily-armed men opened fire on troops, a civilian caught in the middle got killed. As the clashes intensified, three men are believed to have set off explosives. 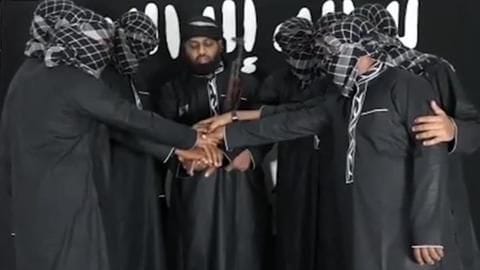 In a statement published in the early hours today through its propaganda 'Amaq' news agency, the ISIS said that it gave the terrorists war names as Abu Hammad, Abu Sufyan, and Abu al-Qa'qa, the Colombo Gazette reported.

It also said that they opened fire on security forces with automatic weapons and after exhausting their ammunition, detonated on them their explosive belts.

15, including 6 children, were killed in suicide bombing 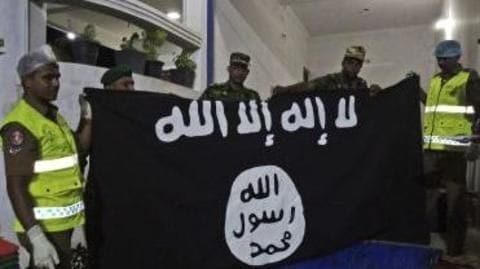 Six children and three women were among 15 people killed when the terrorists opened fire and blew themselves up during the gun battle with security forces.

A police spokesman said that three suspected suicide bombers were among the 15 dead. A huge cache of explosives was also recovered from the spot. Officials have recovered detonators, suicide kits, army uniforms, and ISIS flags. 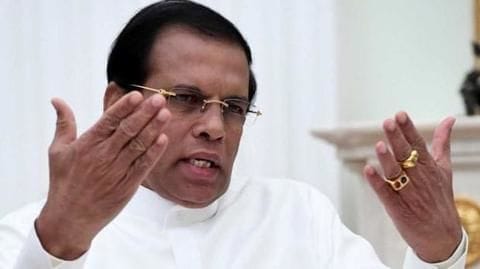 Nine suicide bombers carried out a series of devastating blasts that tore through three churches and three luxury hotels on the Easter Sunday, killing 253 people.

The ISIS claimed the attacks, but the government has blamed local Islamist extremist group NTJ for the attacks.

President Maithripala Sirisena said Friday that over 130 suspects linked to the ISIS have been operating in the country.