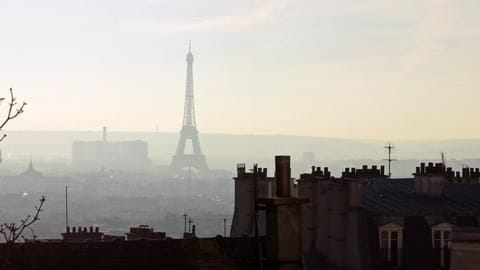 People may not debate environmental issues as much as they should, but it is a pressing concern that is leading to health crises, species extinction, climate change, on a massive, global scale.

However, a mother-daughter duo in Paris is holding the government accountable for air pollution in the city and is suing them for damages worth €160,000 (Rs. 1.24cr). On Tuesday, an administrative court of Montreuil in Paris held a hearing for the case, where the mother and daughter argued that they're facing health concerns due to the lack of effective measures taken against atmospheric pollution by government.

The duo argued that they developed health problems as air pollution peaked in the city, especially citing the very high pollution witnessed in December 2016. The duo claimed that their health worsened after moving to the northern Paris suburb of Saint-Ouen, near the peripherique ring road, which remains packed with heavy traffic.

The mother (52) had to take time off work after developing respiratory problems, while her daughter, who is 16, suffers from asthma.

On doctors' advice, they shifted to Orleans, where their health improved, said lawyer Francois Lafforgue. Their legal team argued that French authorities did not use all the tools at their disposal, failed to enforce measures when agreed, and overall, failed to protect the city's population.

Although the mother-daughter duo's case is the first to be heard in a court of France, a total of 50 people across the country have reportedly taken similar action against the government.

'Case reaching court victory in itself' Speaking to AFP, Sebastien Vray, founder of an NGO called Respire, which helps plaintiffs with their cases, said the fact that the case has even reached a France court is a victory.

Vray added, "When I founded Respire eight years ago I had the aim that one day there would be a legal link between pollution heights and an individual's illness."

France: 48,000 premature deaths every year due to air pollution According to a Public Health France agency, France witnesses around 48,000 premature deaths every year due to air pollution.

The peripherique, which has 100,000 people living around it, reportedly takes 1.1 million drivers a day.

In May'18, France was among six countries taken to the European Court of Justice "for failing to respect agreed air quality limit values." France had failed to reduce atmospheric contaminants-especially nitrogen dioxide, which was double the EU limits in some cities- despite 12 years of warnings.

Why have the mother and daughter sued France?

The mother and daughter sued the French state for failing to protect its citizens from air pollution.

How grave a concern is pollution in France?

In France, air pollution is a serious concern. According to a Public Health France agency, France witnesses around 48,000 premature deaths every year due to air pollution.

What are the common health risks from air pollution?