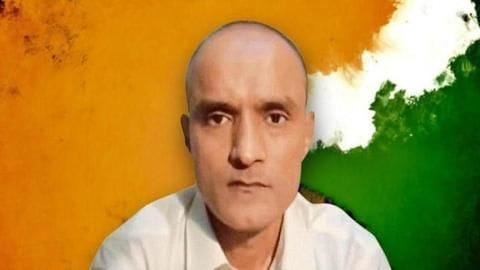 In a concerning turn of events, Pakistan on Thursday said it will not grant India second consular access to Kulbhushan Jadhav, who has been languishing in the country's custody since 2016.

In a press briefing, Dr. Mohammad Faisal, spokesperson of Pakistan's Ministry of Foreign Affairs, said, "There would be no second consular access to Kulbhushan Jadhav."

For the uninitiated, here's a bit about the case To recall, Jadhav was sentenced to death by Pakistani military court in 2017 on charges of espionage and "facilitating" terrorism, prompting India to approach ICJ.

In what served as a big blow to Pakistan on the global stage, UN's judicial body underscored Pakistan violated the Vienna Convention on Consular Relations, 1963.

Subsequently, Pakistan was ordered to give consular access and put the death sentence on hold. On September 2, Pakistan had allowed a meeting between Indian diplomat Gaurav Ahluwalia and Jadhav, a former naval officer, for the first time in years.

To note, India had denied Pakistan's first offer as the latter wanted to keep its officials present in the meeting as well as record it.

The second offer was accepted after "studying it", reports said at the time.

Jadhav is under immense pressure, India had said

Interestingly, Pakistani officials were present during this meeting too.

"We will decide a further course of action after receiving a detailed report from (Ahluwalia) and determining the extent of conformity to the ICJ directives," MEA spokesperson Raveesh Kumar had said earlier this month.

Right now, tensions between India and Pakistan are at peak

Pakistan's decision to not give access to Jadhav comes at a time when tensions between both hostile neighbors are heightened. With India rescinding Article 370, Pakistan wants the international community to "act", but New Delhi has been demolishing its lies on every possible forum.

At the session of UNHRC, India asked Pakistan to remember how it treats minorities, before questioning it.