30,000 ask Oxford dictionary to change its definition of 'woman' Language was constructed around age-old sexist notions and traditions which have trickled down to the present day lexicon. And if you happen to disagree, here's some damning evidence.

A recent online petition has underlined how the word 'woman' is defined as 'bitch' and 'piece' among other things in the Oxford English Dictionary (OED), regarded as the most widely accepted dictionary. 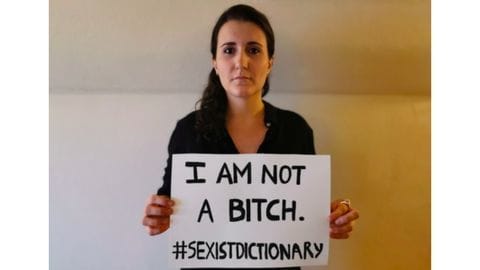 The petition, titled 'Change Oxford Dictionary's Sexist Definition of 'Woman,' was started in June by one Maria Beatrice Giovanardi who noticed how differently 'man' and 'woman' were defined.

Synonyms aside, the dictionary also uses sexist phrases as example sentences under the definition of 'woman'. Some of them are as listed below:

"Don't be daft, woman!"  "One of his sophisticated London women"  "I told you to be home when I get home, little woman."

The petition reads, "These examples show women as sex objects, subordinate, and/or an irritation to men."

'Bravery, spirit, or toughness' defined as qualities of men 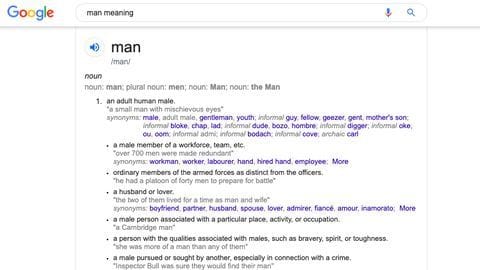 On the contrary, the definition of 'man' projects them as workers, soldiers.

One definition lists "bravery, spirit, or toughness" as qualities of men.

In example phrases, the dictionary unnecessarily includes "She was more of a man than any of them," attaching the connotation that women are weaker than men, and exhibiting strength makes a woman "manly" as if strength was inherently a man's trait.

The petition presents these three demands

"Eliminate phrases and definitions that discriminate against and patronize women and/or connote men's ownership of women."

"Enlarge the dictionary's entry for 'woman.'"

"Include examples representative of minorities, for example, a transgender woman, a lesbian woman, etc."

It notes, "If we want to create an equal society, we need language fit for the 21st century that doesn't discriminate against women."

Google, Bing have since started attributing definitions to Oxford 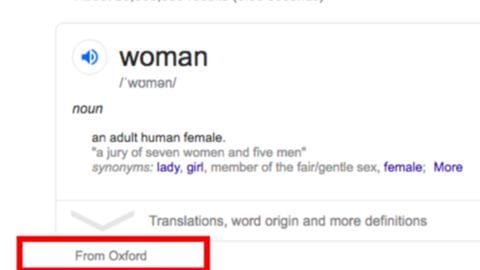 Since the petition, the search engines Google and Bing have started attributing the definitions to the Oxford dictionary.

Meanwhile, Katherine Connor Martin, Oxford's Head of Lexical Content Strategy took note of the petition in a blog post and attempted to rationalize why such definitions were included for the term 'woman'.

Martin said there's "nuance to how words are defined and presented in our dictionaries."

Martin says definitions are based on real-life usage

Martin explained that the definitions are based on large quantities of evidence from real-life use which set the tone of how 'man' and 'woman' are used and defined.

She said, "People speak of a 'man about town' but rarely of a 'woman about town'; of a 'ladies' man' but not a 'gentlemen's lady'; of 'womanly' curves and wiles, but 'manly' handshakes and jawlines." 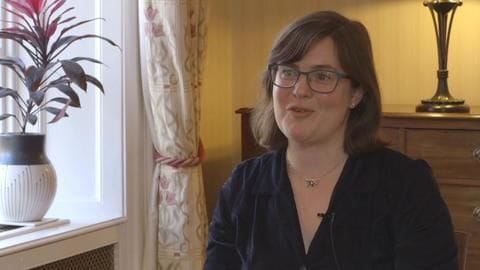 Martin wrote, "As the usage of English speakers changes over time, the dictionary changes to reflect that new lexical terrain."

She added, "The current cultural moment has seen an increasing acknowledgment of the real-life impact that words can have on individuals and groups. As this awareness leads to changes in linguistic behavior, the dictionary will seek to record them."

In an interview with The Bookseller, excerpted in DailyMail, Giovanardi said, "The blog post doesn't address our concerns, rather it almost patronizes the campaign and gives vague answers to 29,000+ people and that is worrying."

She added, "Sexism, just like racism, and any oppressive ways of talking, should have no place in society, and of course, texts like the dictionary."

#ComicBytes: Facts about Wonder Woman which you should know