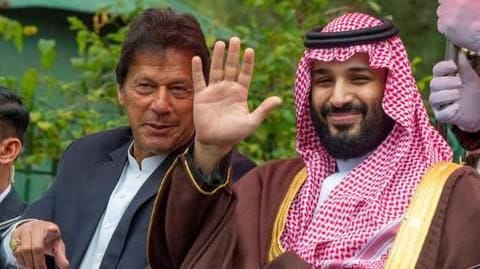 The Pakistan PM was on a two-day visit to Saudi Arabia earlier this week before his arrival in the US where he will attend the 74th session of the United Nations General Assembly (UNGA).

You are our special guest: MbS told Khan 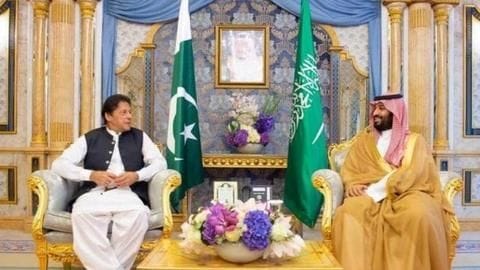 Reportedly, the Saudi Crown Prince had barred the Pakistan PM from using a commercial flight on his journey to the US, ANI stated, citing a report from Pakistani news channel Dunya News.

"You are our special guest and you would be going to the US on my special aircraft," Mohammad bin Salman reportedly told Khan, as he gave the Pakistan PM his private jet.

Khan will meet Trump ahead of UNGA address 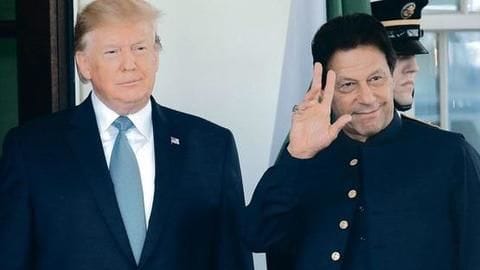 Notably, Khan is scheduled to address the UNGA on September 27.

Pakistan Foreign Minister Shah Mehmood Qureshi said, "The seven-day visit is aimed at drawing the attention of the world towards what is happening in Kashmir."

Khan will also meet the US President Donald Trump Monday, who will arrive in New York on Sunday night after attending the "Howdy Modi" event in Houston. 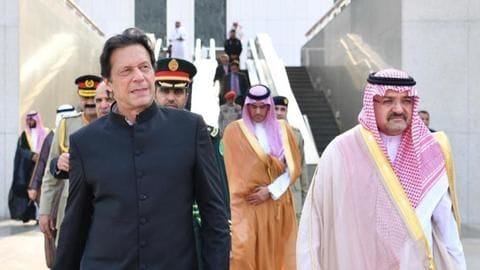 Khan's two-day official visit to Saudi Arabia commenced on Thursday where he discussed the Kashmir issue with Saudi leadership.

Reportedly, Khan and MbS have been in regular contact on the Kashmir issue.

He left for New York from Madina Munawara, Saudi Arabia, on Saturday.

Ever since New Delhi withdrew Jammu and Kashmir's special status on August 5, Pakistan has been vocal about its objection to the move.

Pakistan had even moved the United Nations, seeking their intervention in the matter as India maintained that Kashmir was a "unilateral" issue.

Pakistan's plea for intervention was rejected by the UN, which advised both nations to exercise "maximum restraint". Meanwhile, India's Permanent Representative to the UN, Ambassador Syed Akbaruddin, said that even if Pakistan raises the Kashmir issue at the UNGA, India will "soar high." He said, "They may stoop low, we soar high."

The diplomat also clarified that Prime Minister Narendra Modi's address will focus on India's contribution to development, peace, and security as a responsible member of the global body.