In a tragic incident, a knife-wielding man reportedly killed four police officers before being shot dead at the central police headquarters in Paris on Thursday.

The assailant had worked at the headquarters for almost 20 years as an administrative employee, however, his motives remain unknown thus far.

According to union official Yves Lefebvre, the attack happened at 1 pm. Following the attack, the île de la Cité, in the center of Paris, has been sealed off.

There has been no official statement on the attack so far.

However, security officials, police, firemen, and other emergency responders swarmed the Île de la Cité after the lunch-time attack.

French Prime Minister Edouard Philippe and Interior Minister Christophe Castaner are both at the scene.

I first thought it was a suicide, says eyewitness

An eyewitness said, "I was surprised to hear shooting because this is not a place where you hear that kind of thing. I first thought it was a suicide because there are a lot of those at the moment."

Motive of the attacker remains unclear It remains unclear how far the attacker made it into the building before being shot by an officer "in a situation that appears to be self-defense."

The motive of the attacker also remains unclear.

French media reported that he carried out the attack with a ceramic knife in part of the prefecture that is not open to the public. 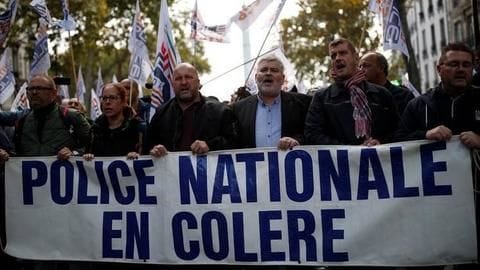 However, French police have been a target of extremists before.

A gunman killed an officer on Champs-Elysees boulevard in 2017.

In a 2016 attack inspired by the Islamic State group, a police officer and his companion were killed at their home with their child present.

You should visit these five hidden gems of Paris