US governors unite for infrastructure wishlists 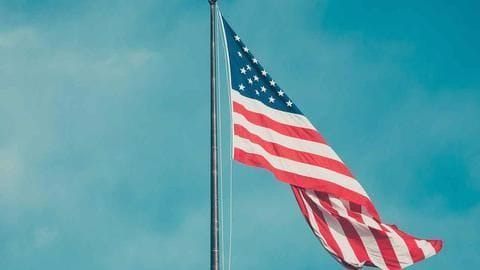 The governors of all American states met at the National Governors Association.

A major point of focus was President Donald Trump's election campaign promise of spending $1 trillion on enhancing the US' infrastructure.

The meeting marks a rare instance of bipartisan agreement on the need to improve roads, bridges, airports etc.

The governors have sent the White House a wishlist of 428 infrastructure projects.

"There's just this pent-up demand to deal with, whether it's a crack in a dam, a bridge, whatever it is," said Scott Pattison, the National Governors Association's director. He said since California constitutes 12% of the US economy, it deserves 12% of Trump's $1 trillion infrastructure package. US needs to invest $3.6tn on fledgling infrastructure

The US has faced widespread criticism for slowed spending on public works. American infrastructure has been given a low D+ grade by the American Society of Civil Engineers, which also said the US needs to invest $3.6 trillion by 2020. During his election campaign, Trump had vowed to act on infrastructure in his first 100 days as president.

However, this now seems unlikely. His plans to create an infrastructure council still haven't commenced.

Republican lawmakers said they expect the White House to release infrastructure proposals but haven't provided any details on their timing.