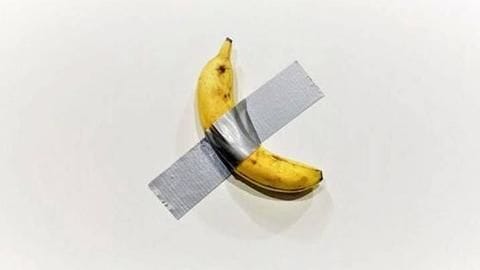 Yes, let's face it- a humble, edible banana grabbed more money than what some of us dream of scoring in an annual salary package, all for art's sake.

The mesmerizing artwork was displayed at the Art Basel Miami Beach.

'Comedian' is the creation of Italian artist Maurizio Cattelan 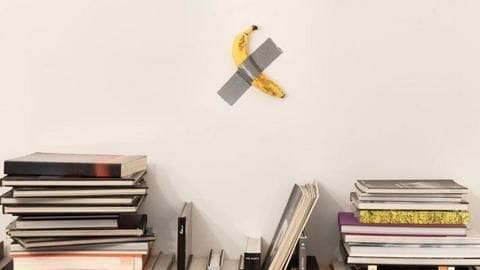 The artwork, titled 'Comedian', is the creation of Italian artist Maurizio Cattelan, who says he bought the banana for his masterpiece from a Miami supermarket.

The artwork, that went on sale earlier this week, has already sold two copies.

While the first two editions were snapped up by French buyers, the third one is reportedly up for sale at a higher price of $150,000. 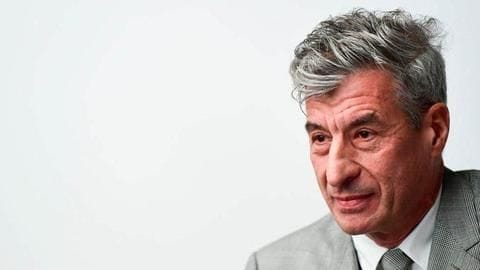 In conversation with Artnet, Cattelan explained how it took him over a year before the idea finally struck.

He said, "Wherever I was traveling, I had this banana on the wall. I couldn't figure out how to finish it. In the end, one day I woke up and I said 'the banana is supposed to be a banana'."

And there it was, the jackpot!

Before the Comedian, Cattelan, who has a reputation of creating satirical sculptures, grabbed quite a lot of attention with a previous artwork titled 'America', which was basically a fully-functional solid 18-carat gold toilet, valued at $1.25 million. However, it was stolen!

Here's how you can make your own DIY banana artwork 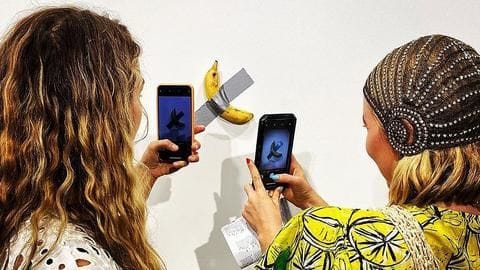 The original artwork comes with a certificate of authenticity. Oh, and in case, the banana begins to rot, you can simply replace it with a fresh one. Easy-peasy!

However, if you're on a tight budget, you can easily make your own DIY masterpiece.

By the way, the internet is going bananas over it

If someone hasn’t duct taped a thousand bananas to the walls, stalls, storefronts and street lamps in and around the convention center by tea time, artbasel deserves to sink into the sea pic.twitter.com/zbjaoaxy4k

Could have taped it better, advised another user