Japanese billionaire looking for a girlfriend for Moon trip 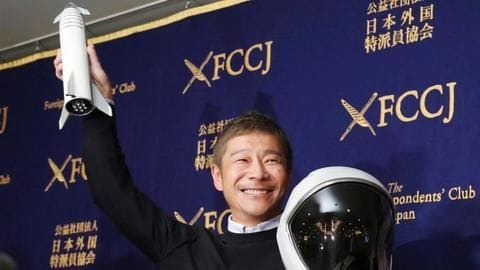 Japanese billionaire Yusaku Maezawa, who is SpaceX's first prospective customer for a round trip to the Moon, is looking for a girlfriend for his lunar voyage.

Maezawa has launched a 'serious matchmaking' campaign in hopes of finding a female 'life partner' who would accompany him on the space trip and ever after.

Here are more details about this rather weird news. 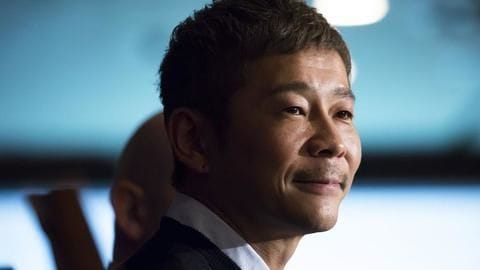 As part of the contest, Maezawa, 44, is looking for single women aged 20+ with a 'bright personality' and an interest in space.

He also hopes the person should be someone who wishes to enjoy their life to the fullest and wants world peace.

"With that future partner of mine, I want to shout our love and world peace from outer space," Maezawa says.

First, Maezawa will go on dates with potential applicants

Eligible women who wish to date Maezawa and fly to the Moon with him would have to apply before January 17.

After that, some of the applicants will be chosen to go on 'matchmaking' and 'special dates' with Maezawa throughout February and March.

Finally, by the end of March, Maezawa's decision on the partner, the winner of the contest, would be announced.

Here's what Maezawa said about the matchmaking campaign 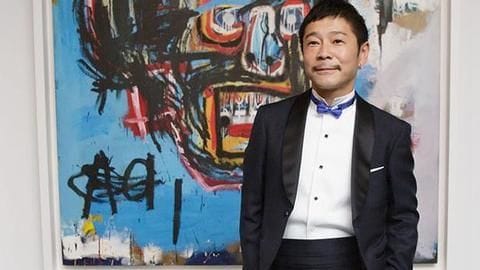 After selection, his partner will undertake flight training and occupy one of the eight seats booked by Maezawa for the Moon orbit trip (not landing) slated to take place in 2023.

Notably, the remaining seats will go to artists Maezawa plans to take along to see the Moon up close and then create something after returning back to Earth.

Maezawa's partner could be the first woman to reach Moon

If all goes according to the plan and SpaceX carries out this mission, Maezawa's partner could well be the first woman ever to reach the Moon.

To recall, NASA had planned to achieve this feat with its Artemis mission, which hopes to take astronauts to the Moon's surface, but that has been scheduled for 2024 - a year later.

Many people are not impressed by this

While Maezawa's contest was promoted by Elon Musk, space enthusiasts are not impressed with the idea.

They think that the first-ever woman to reach the Moon should be selected on the basis of her expertise/skills, like all men, and not because she won a dating contest.

However, as Starship rocket is still in development, there's still a chance that the timeline could move forward.

Maezawa's net worth is $3.6 billion

To recall, Maezawa, who made headlines for giving away Rs. 64 crore to his Twitter followers, is the co-founder of Japanese e-commerce site Zozotown. He is an avid art collector and one of the richest people in Japan with a net worth of $3.6 billion.

Here's one of the many reactions to the contest

I want the first woman to go to the moon not because she’s a contestant on some elaborately expensive dating show but because she deserves to experience what all the men have experienced. Because she is a qualified engineer or scientist or simply more than a sexual prospect. https://t.co/5QEPYkqV20

Billionaire giving away Rs. 64cr to random people: Here's why