Donald Trump could visit India soon, dates are being finalized 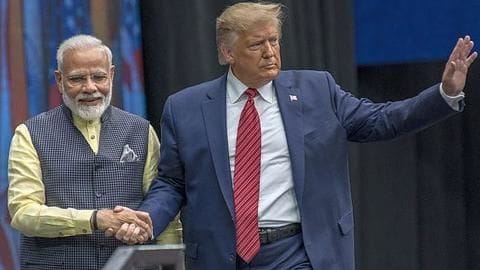 A logistics and security team from Washington is expected to arrive in New Delhi this week to figure out modalities of US President Donald Trump's probable visit to India.

Though dates are yet to be finalized, reports claimed on Tuesday that he could arrive by the latter half of February.

If the plan materializes, it would qualify as Trump's first-ever state visit to India. 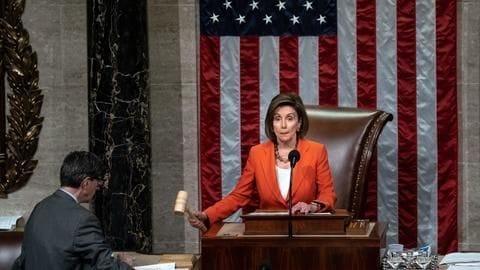 One of the major roadblocks for Trump's maiden visit to India is the impeachment trial, expected to begin this week.

Trump is accused of seeking help from a foreign country for his political aspirations (he wanted Ukraine to dig up dirt on Democratic rival Joe Biden) and obstructing Congress.

The Senate trial will decide whether Trump should continue residing in the White House or not.

Trump, who is seeking re-election, is keen to visit India 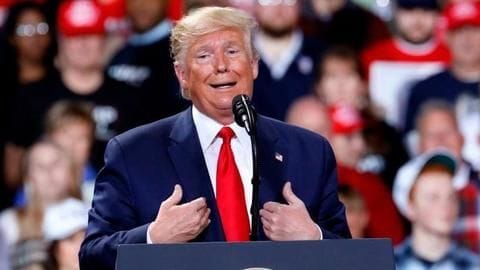 Trump's probable visit comes a year after he denied New Delhi's invitation to be the Republic Day's chief guest.

The idea was floated when Prime Minister Narendra Modi called Trump on January 7.

Sources told The Hindu, he was willing to visit India early this year as November's Presidential Elections will keep him busy later.

India has extended an invitation to Trump through External Affairs Minister S Jaishankar and Defense Minister Rajnath Singh as well.

Last month, after they met their US counterparts Mike Pompeo and Mark Esper, the union ministers called on the White House to invite Trump.

In his annual presidential address to joint Congress last year, Trump had expressed remorse over his inability to visit India.

The visit could give momentum to trade talks that have been pending since 2018.

India hopes Trump might reinstate the status. Other issues that could be discussed include a major civil aviation deal, data localization bill, e-commerce regulations, etc.

Holding one another's hands, Trump and Modi made global headlines 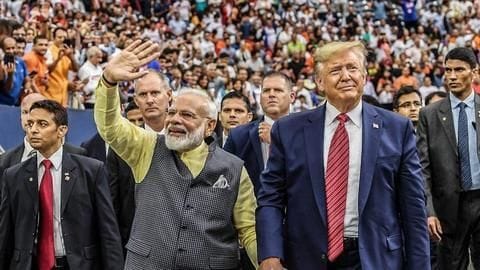 In 2019, Trump and PM Modi displayed bonhomie more than once. In September, the latter flew to Houston, Texas, for the "Howdy, Modi" event to address a gathering of nearly 50,000 Indian-Americans.

Trump too joined PM Modi there and both leaders walked hand-in-hand.

Impressed by the welcome he received, Trump called PM Modi "Father of India" while speaking to press at UN Headquarters later.

At the massive event, PM Modi also endorsed Trump's Presidential candidature, by blurting "Abki Baar Trump Sarkar" taking a leaf out of his own campaign.

Though his statement sparked controversy, Jaishankar defended PM Modi by asserting he never meddled in US politics.

"Our sort of approach to whatever happens in this country is their politics, not our politics," the minister had said.

The visit could be fruitful for both Trump, PM Modi 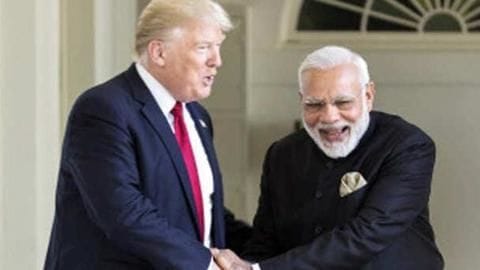 In case Trump arrives in India, the visit will give a diplomatic boost to him as well as PM Modi.

While PM Modi is facing resistance in India over the controversial Citizenship Amendment Act (CAA), Trump is going through a crucial time ahead of elections.

A number of his policies, including action in Iran which brought both countries on verge of war, are being scrutinized.