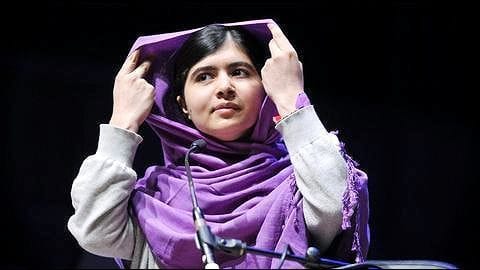 Referring to the murder as a disgraceful event, she delivered a strongly-worded message through a video.

She said the terrorizing incident has brought disgrace to Pakistan, and no one but Pakistan is to blame for the country's poor image in the world. She urged political parties and institutions in Pakistan to "shun" silence, take a stand, and bring justice to Khan and his family.

Khan, a 23-year-old journalism student, was killed by a lynch mob, who beat him to a pulp and shot him dead, for allegedly posting "blasphemous" content on Facebook.

Khan's murder, the death of the message of Islam Malala, who spoke to Mashal Khan's father, said his message was "peace and tolerance should prevail despite the horrific incident."

She stated it wasn't just Mashal Khan's funeral but the funeral of the message of Islam.

She said Islam, its values, and decency have been forgotten.

She added the Holy Prophet (PBUH) had never advised followers to "be impatient and go around killing people".

We are not representing the true Islam: Yousafzai The UK-based activist said safe and peaceful life is the right of every Pakistani.

She stated Pakistanis need to study Islam carefully because it preaches peace and tolerance.

She added, "We have forgotten our values. We are not representing the true Islam."

Pakistan's Prime Minister Nawaz Sharif expressed concerns over the lynching, which has also been widely criticized by other politicians and opposition leaders. Sectarian violence remains a major threat in Pakistan but the government continues to enforce blasphemy laws.

According to US, victims of targeted killings and blasphemy accusations are religious minorities.

The US recently warned its citizens against traveling to Pakistan and its airmen over risks to civil aviation due to militant/extremist activity.

Foreign and indigenous terrorists continue to pose a danger in Pakistan, it said.