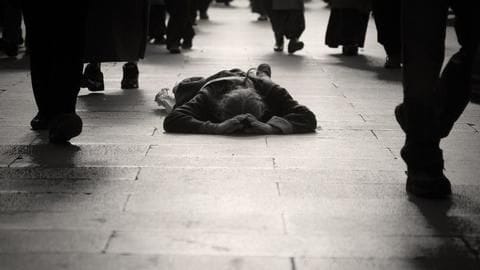 Adding to Yemen's woes, more than 200,000 people are now suffering from cholera, with 1300 already having lost their lives.

The revelation was made in a statement released by UNICEF and WHO, which termed it "the world's worst cholera outbreak".

This is happening in the backdrop of the collapse of Yemen's health and sanitation systems in the ongoing war.

Let's know more on this.

Cholera is a viral disease caused by the bacteria Vibrio cholera. It is contracted from intake of contaminated food or water. An acute diarrhoeal disease, it can be fatal in severe cases. Yemen has been embroiled in a two year long conflict between the government forces backed by Saudi Arabia and the Houthi rebels, who currently control a majority of the country including the capital city of Sanaa.

The conflict has resulted in a total collapse of the country's health, water and sanitation systems as manifested through severe food shortages and overcrowded hospitals. According to the statement, "Cholera has spread to all over the country in two months, with around 5000 new cases emerging every day".

The conflict has further pushed 7 million people to the edge of famine and 67% of the country's population in need of humanitarian assistance.

Children are worst affected and constitute a quarter of the death toll which currently stands at 1300.

How has the UN responded to the crisis?

The UN has rapid-response teams to spread awareness on preventing cholera, through storing and drinking clean water. However, clean water is deemed a luxury in the war-torn country. Generally not regarded a ferocious disease, Yemen's cholera crisis has been aided by multiple factors including a population under siege, economic crisis and a complete systemic collapse.

Although international aid agencies including the International Committee of the Red Cross are working hard, the massive scale of crisis requires urgent international attention, in the absence of which, cholera could seriously cripple an already crippled country.