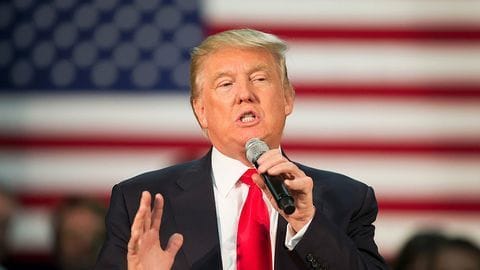 US President Donald Trump's first face-to-face meeting with his Russian counterpart Vladimir Putin was possibly the most anticipated points of the G20 summit in Hamburg, Germany.

The meeting, which was scheduled for 30-minutes, ended up lasting nearly two hours and 15 minutes, an indication of its importance.

In this timeline, we look at the highlights of the Trump-Putin meeting.

Tillerson said both Putin and Trump "connected very quickly." He added that: "There was a very clear positive chemistry between the two. There are so many issues on the table... Just about everything got touched upon... Neither one of them wanted to stop." Before the private face-to-face talks began, Trump told Putin in front of the media: "It's an honour to be with you."

Trump said: "Putin and I have been discussing various things, and I think it's going very well," adding that they had some "very good talks."

He said he looked forward to "positive" US-Russia bilateral relations.

Melania Trump was sent to break up longer-than-expected meeting

Tillerson said both Trump and Putin had so much to discuss that the meeting took very long. He said at one point First Lady Melania Trump was sent into the room to break up the meeting. Clearly she failed because the meeting lasted another hour. During their meeting, Trump and Putin discussed Russia's alleged hacking of the 2016 US presidential election.

However, US Secretary of State Rex Tillerson said it remains unclear whether both countries would ever reach an agreement on what actually happened.

As reporters were exiting, Putin reportedly gestured towards them and asked Trump, "These are the ones who insulted you?" Trump broke into a chuckle. Both leaders share reputations for being opposed to the press. Putin and Trump discussed the Syrian and Ukraine crises, terrorism, cyber-security and other bilateral issues.

After their session, Tillerson announced a ceasefire had been reached in southwest Syria.

"This is our first indication of the US and Russia being able to work together in Syria," Tillerson said. The leaders had a "lengthy discussion regarding other areas in Syria where we can work together."