2019 is shaping up to be a great year for Marvel fans. With Captain Marvel releasing in March and Avengers: Endgame hitting theaters in April, there's plenty of superhero action to look forward to.

Now, Spider-Man: Far From Home, which is scheduled to release on July 5, has dropped its first trailer. It takes Spidey to Europe and introduces new characters.

Sequel to 'Spider-Man: Homecoming' will see Spidey readjusting to life 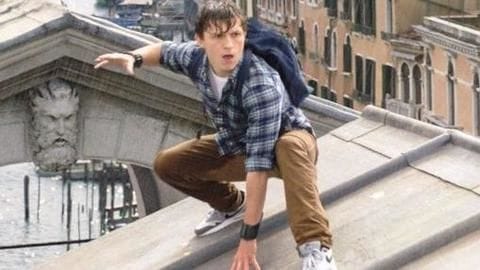 Far From Home is the sequel to Spider-Man: Homecoming.

Reports suggest that the movie is set after the events of Avengers: Infinity War and Endgame.

It will see Peter Parker or Spider-Man attempting to readjust to civilian life. To this extent, he goes on a trip with his friends to Europe.

However, Nick Fury, head of SHIELD recruits him for a secret mission.

Get me to the airport, put me on a plane 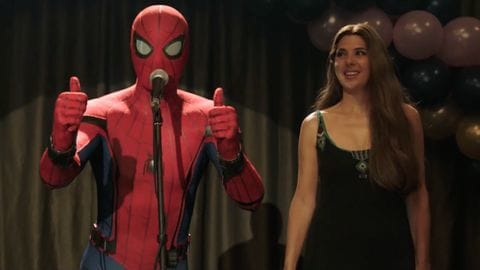 The trailer starts with an awkward moment when Happy (Iron Man's chauffeur and self-declared bodyguard) eyes Aunt May.

Soon, I Wanna Be Sedated by Ramones starts playing as Peter packs for his Europe trip, deciding to leave his Spidey suit behind, since Europe does not need a friendly neighborhood hero.

The trip seems to be going well, as Peter and MJ grow closer. 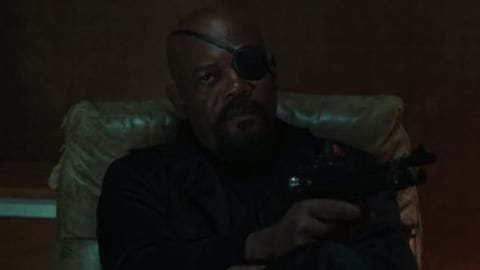 All goes well until Fury shows up and hijacks the school trip.

Duty calls as Peter suits up to use his unique skill set to fight a group of villains.

There seem to be 3 villains, a huge land-based creature, a fire monster, and a water monster.

Amidst explosions and attacks, there is a lot of webslinging action as Spidey's heroics go international.

Introducing the Elementals, the monsters in the trailer The Elementals are the trio of villains we see in the trailer.

Among the Elementals we see here are Magnum, master of the earth, Hellfire, wielder of flames and Hydron, lord of the waters.

Although some reports have theorized that the water creature in the trailer could be more popular Spidey villain, Hydro-Man, we believe the upcoming movie will introduce these three Elementals. 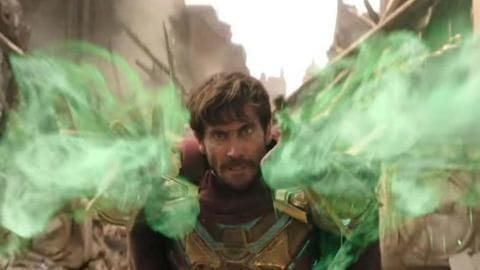 Jake Gyllenhaal appears as Quentin Beck or Mysterio, a master of illusions and one of Spider-Man's major villains in the comics.

However, he seems to be an ally here, as they fight the monsters together.

Perhaps the movie will show how Mysterio became an antagonist, or perhaps the monsters were under Mysterio's control the entire time and Spidey faces an even greater threat.

New suits, impressive villains, have us excited for movie 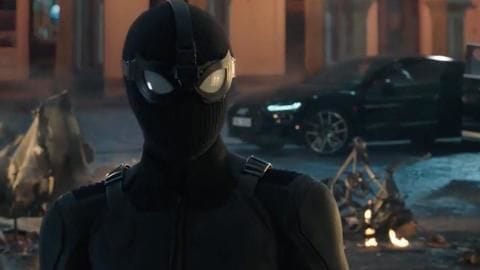 Less observant fans might have missed a new suit the trailer showed.

Spidey puts on an all-black suit, which is the stealth suit. His Homecoming suit also seems to get a variant in the movie.

We have spotted at least two new suits in the trailer, and cannot wait for the film to release, with its impressive rogue's gallery, and perhaps more Spidey suits.

When is 'Spider-Man: Far From Home' releasing?

Who plays Spider-Man in the movies?

Is Mysterio an ally or villain in the movie?

Mysterio appears to be an ally in the movie at the start but he might eventually become an antagonist.

Who are the Elementals ?

Elementals are powerful beings in the Marvel Universe after the elements of the earth. They include Magnum, Hellfire, Hydron and Zephyr, controlling earth, fire, water and wind respectively.

#ComicBytes: Spider-Man facts that only long-time fans would know

'Spider-Man: Far From Home' leaked online before India, US release

Things you might have missed in the new 'Spider-Man' trailer