Fire at Beirut port month after blast that killed 190

A massive fire broke out at the port of Beirut in Lebanon on Thursday, a month after a deadly explosion jolted the city. It was not immediately clear what caused the fire. 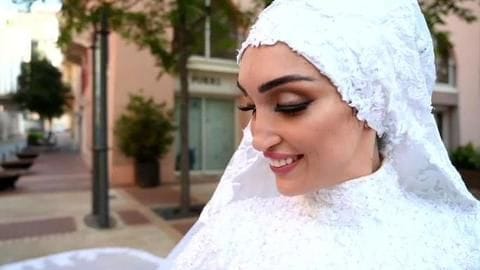 On Tuesday, when Lebanon's capital Beirut was jolted by a catastrophic explosion, US-based doctor, Israa Seblani, was getting herself filmed in her white dress. Her wedding video captured parts of the blast, that overturned cars and shook buildings miles away from the seaside city. Sikh NGO is bringing Eid cheer to thousands of Syrian-refugees

Khalsa Aid, a UK-based NGO which has been constantly working to improve lives of Syrian refugees, is now making their Eid cheerful. Major Suzan Hajj Hobeiche, popular as "Lebanon's most powerful woman", has been fired from her position as head of the Cybercrime and Intellectual Property Bureau. The desperate state of Syrian refugees has led to a boom in organ trafficking as their desperation has forced them to sell organs for money.

Renault introduces a new mild-hybrid powertrain for its Duster crossover