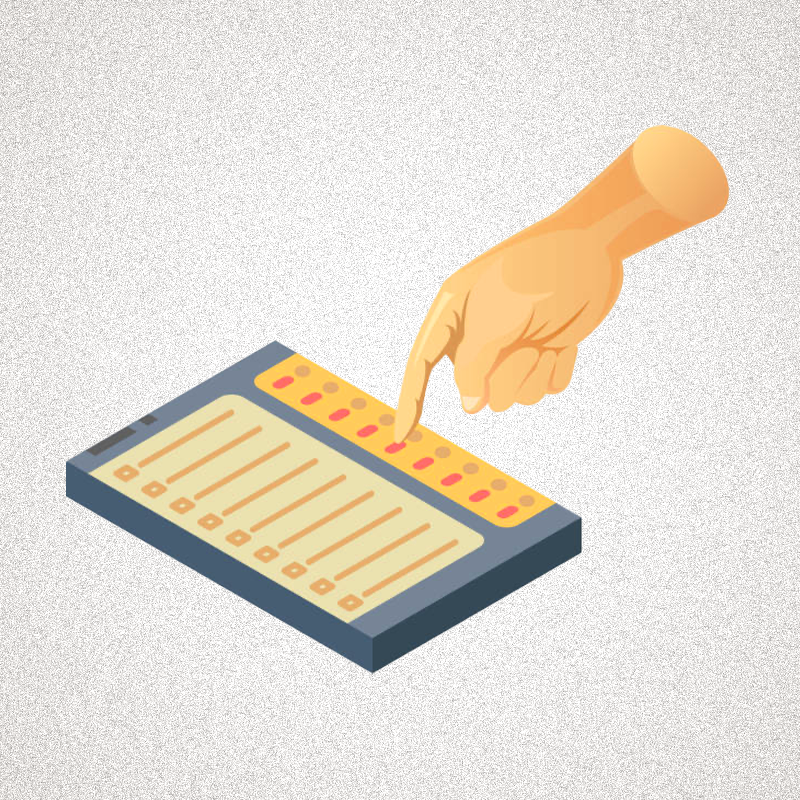 The results for all 117 assembly seats in Punjab have been declared. AAP has registered victory in 92 seats. Congress has won 18 seats. The Shiromani Akali Dal has won 3 seats. The BJP has won two seats. The BSP emerged victorious on one seat, while one seat has been won by an independent candidate.

The results for all 60 seats in the Goa assembly have been declared. BJP has registered victory on 20 seats, while Congress, has bagged 11 seats. The AAP and MGP have won 2 seats each. GFP and RGP have won one seat each. Three seats have been won by independent candidates.

“BJP workers had promised me that Holi would begin from 10th March this year, and they have kept their promise. These workers worked 24x7 and were successful in winning the trust of the people across states,” PM Modi said.

"I don't think he has the 'damkham'(strength) to learn from his mistakes...In UP, it was said that Priyanka (Gandhi) will infuse new life into the party, instead she destroyed it," Union Minister Smriti Irani said while reacting to Congress's Rahul Gandhi's "We will learn from our mistakes" tweet.

BJP has registered victory on 20 seats, while Congress, has bagged 10 seats and is leading on 1 seat. The AAP and MGP have won 2 seats each. Three seats have been won by independent candidates.

BJP has won 23 seats and is leading on another 9. Congress has won 4 seats. The Janata Dal (United) has won 6 seats. Four seats each have been bagged by the Naga Peoples Front and the National People's Party and two by the Kuki People's Alliance.

AAP has registered victory in 91 seats and is ahead on another 1. Congress has won 17 seats. The Shiromani Akali Dal has won 3 seats, the BSP emerged victorious on one seat. The BJP has won two seats.

After Congress' poor performance in Uttar Pradesh and Punjab, the G-23 leaders will convene a meeting in the next 48 hours, news agency ANI quoted a senior leader as saying.

We've only lost the election, not our courage; We'll keep fighting till we win and will return with a new strategy: Congress leader Randeep Surjewala

Humbly accept the people’s verdict. Best wishes to those who have won the mandate.

My gratitude to all Congress workers and volunteers for their hard work and dedication.

We will learn from this and keep working for the interests of the people of India.

BJP's Asim Arun has won from the Kannauj Sadar constituency. The seat has been an SP bastion where Akhilesh's party has not lost since 1996.

Notably, Arun had resigned as the commissioner of Kanpur and joined BJP just one week before the elections were announced.

"I will take oath as chief minister in Bhagat Singh's village Khatkar Kalan, not at the Raj Bhawan," AAP's Bhagwant Mann, who is set to be the next chief minister of Punjab, said.

"I accept the verdict of the people with all humility. Democracy has triumphed. Punjabis have shown true spirit of Punjabiyat by rising and voting above sectarian and caste lines," Singh tweeted.

With official trends showing a clear victory for BJP in Uttar Pradesh, party's, Lok Sabha member Hema Malini said that “nothing can come in front of a bulldozer, as it can finish everything within a minute, be it cycle or anything else.”

“We already knew our govt will form; we have worked for every developmental aspect, which is why the public trust us,” ANI quoted her as saying.