Disney+ 'WandaVision' trailer brings back one of Marvel's most-loved couple 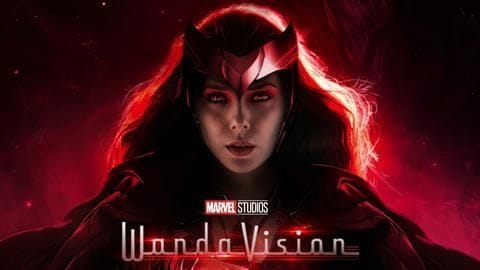 If you are a hardcore Marvel fan and lament the death of Vision, you should know that Marvel has for long been working on a dedicated series reimagining the offbeat romance between Wanda Maximoff a.k.a. Scarlet Witch and Vision. Marvel has finally released the trailer for its Disney+-exclusive series called WandaVision and it has got a rather intriguing message about Marvel Cinematic Universe.

Introduction
The trailer is set to give you a 1950s vibe

The screen looks like a jittery old black-and-white TV as you hit the play button for the trailer, and you should know that it's really the trailer that is working its spell on you. Giving the true '50s family sitcom vibe, the trailer starts with Wanda and Vision, as a couple, dressed up in yesteryear's fashion, living a happy life.

Storyline
Is there a time-reality change happening?

They invite another couple to the dinner, who keep asking why Wanda and Vision don't have a child after marriage. The man suddenly starts banging the table in a frenzy, screaming "why" and the camera focuses on Wanda and Vision struggling to hide the reality that Vision was killed. A woman screams after seeing Vision alive and the latter doesn't even realize why.

Context
Witch/Thanos fight in 'Endgame' paved the way for this

To recall, one of the two emotional highs of Endgame was the battle between Scarlet Witch and Thanos. The mad Titan didn't anticipate the ambush from an avenger he did not know. But the damage Wanda inflicted on the mad titan's might and ego forced him to apply underhand methods. It's no use if we don't see her again, and Marvel understood that.

Details
The release date for 'WandaVision' is still unconfirmed

Elizabeth Olsen's Scarlet Witch and Paul Bettany's Vision have created a fan-following of their own, separate from the fever for Hulk, Iron Man, Thor, etc. It's their unusual love-story that shines more poignantly than the exchange of superpower. After watching the trailer, fans congratulated Marvel Studios head Kevin Feige for helping WandaVision stick to its 2020 release schedule. However, the date is still unconfirmed.