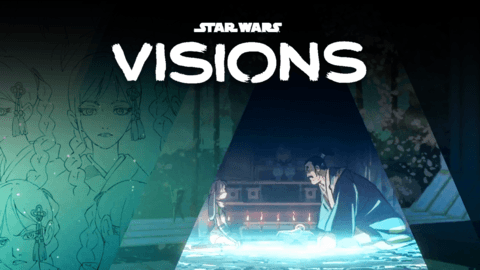 Hold your breath, Star Wars fans! Disney Plus has recently announced its new anime anthology series, Star Wars: Visions will release on September 22. Its first look has also been unveiled, which is a teaser that gives a glimpse of the short films by the seven Japanese studios. They will add their own visions and create interesting angles to the Star Wars universe.

The studios will deliver stories focused on elements that inspired them from the original films. In the video, their creative ideas and styles were shown, like droids in straw hats, a chibi Boba Fett and a twin Star Destroyer among others. "Japanese animation inspired a lot of the people at Lucasfilm over the years," James Waughm Executive Producer, Lucasfilm Ltd. said in the video.

List
Here are the episode names and their corresponding studios

The Duel by Kamikaze Douga Lop and Ocho by Geno Studio Tatooine Rhapsody by Studio Colorido The Twins and The Elder by Trigger The Village Bride by Kinema Citrus Akakiri and T0-B1 by Science Saru The Ninth Jedi by Production IG Jacqui Lopez, VP, Franchise Production, Lucasfilms, said that they "found hardcore Star Wars fans" in these studios, who wanted to "tell their stories."

Announced last December, Visions is "an original series of animated short films." In a statement, Disney Plus stated, "From the beginning, stories told in the Star Wars galaxy have counted Japanese mythology and the films of Akira Kurosawa among their many influences, and these new visions will further explore that cultural heritage through the unique animation style and perspective of each anime studio."

The sci-fi franchise premiered an animated series Star Wars: The Bad Batch in May on the OTT platform. It was a sequel to the series, Star Wars: The Clone Wars. Consisted of 16 episodes, the show, which featured old and new characters, fleshed-out arcs and stunning visuals, had impressed fans. Will the upcoming anime series live up to the expectations? Only time will tell.