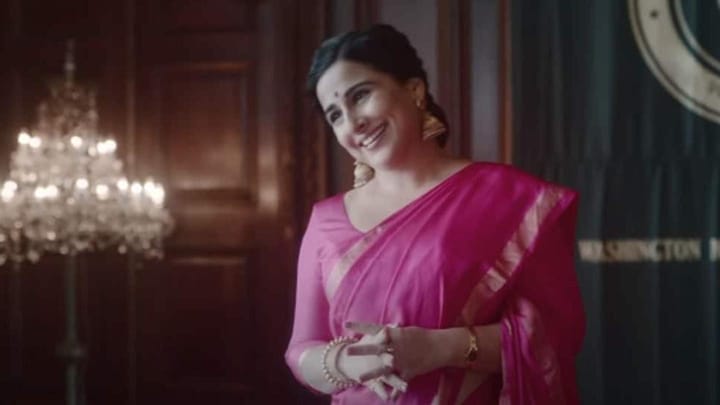 The official trailer of Vidya Balan-starrer Shakuntala Devi has arrived and it looks promising. The movie is a biopic on late writer and Mathematics wizard, Shakuntala Devi. She was famously known around the world as the "human computer" for her astonishing ability to solve complex calculations in the blink of an eye. The film will release on Amazon Prime this month. Here's more.

Who was Shakuntala Devi?

Born in Bangalore in 1929, Shakuntala Devi displayed great talent in solving Mathematics problems right from her childhood. Her acumen earned her a spot in the 1982 edition of The Guinness Book of World Records. She also wrote several books, including The World of Homosexuals, considered one of earliest studies of homosexuality in India. She passed away in 2013 at the age of 83.

In the trailer, Vidya's character is an out-and-out winner

The 3-minute-long trailer showcases Vidya as Shakuntala, impressing one and all with her flabbergasting skills in Mathematics, a subject she calls her "best friend" and full of magic. From moving to London to marrying the man of her dreams, she never fails to get what she aspires for. "Jab amazing ho sakti hun toh normal kyu banu," she categorically says.

From fun to drama, the trailer is a complete package

Everything seems perfect until Shakuntala becomes a mother, as she shares a conflicted relationship with her daughter, Anupama (Sanya Malhotra). While Shakuntala blames her for sabotaging her career in Math, the latter wishes for a "normal" mother and not the prodigy that she is. From fun to emotions, the trailer has it all. "Drama or nothing," Vidya herself utters toward the trailer's end.

Vidya said playing Shakuntala was both intimidating and fun

Talking about the film, Vidya said the experience of portraying Shakuntala Devi was both intimidating and fun. "Stepping into the world of Shakuntala Devi was as intimidating as it was exhilarating. Her story is inspirational and makes you see how if we believe in ourselves, the world is our oyster." "She was truly someone who embraced her individuality," the actor had earlier said.

'The queen of problem-solving' is coming!