Norwegian pays Rs. 28,000 for street-haircut in Ahmedabad. Here's why 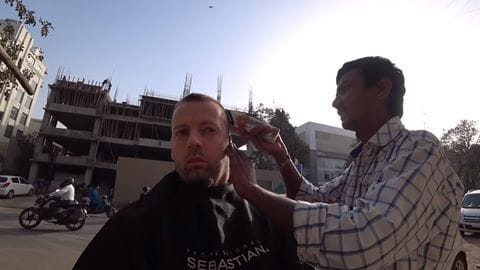 Small street businessmen in India often hoodwink foreign tourists by charging them over double the original price. However, a Norwegian tourist, also a popular vlogger, knowingly paid Rs. 28,000 for a haircut worth Rs. 20 to a street barber in Ahmedabad for his sheer honesty. Harald Baldr is currently touring India and he shared his encounter with the barber on YouTube. Here's more.

Harald's now-viral video, posted last week, shows him walking towards a "street-salon," which he had spotted earlier and had got him curious then. Although the barber couldn't speak English, he understood the kind of haircut Harald needed through the latter's hand gestures. Like he does for every other customer, the barber cleaned the seat and the pavement for Harald too, before starting his work.

Experience
Harald was curious to know about the barber's business

Harald seemed pretty excited while recording the entire video. In the video, he says he will soon look for a translator who can explain to him how the barber runs his business, or "how many customers he has per day." "And I would like to hear if he has to pay anyone to be on the pavement for salon," the YouTuber said.

Meanwhile, the barber also took out his phone and started recording the experience. In the end, Harald expressed his happiness at the barber's service and said, "It's pretty good actually." The two then clicked a few selfies together. He then asked the barber, "20 right?" and gave him a Rs. 20 note, expecting him to charge more, but the barber was satisfied.

Reward
Harald rewards the barber Rs. 28,000 for his honesty

Harald was astonished looking at the barber's integrity. He then found a man who could speak English and asked him to explain to the barber that he wanted to reward him for his honesty. He handed $400, which converts to Rs. 28,000, to the barber, saying, "I reckon this is the best candidate found on my travel so far for a little extra reward."

Information
Barber owns the shop, has kids aged 13 and 6

Harald further sought more information about the barber through the translator in an effort to help him financially. The man owns the makeshift street salon and has two children aged 13 and 6. Happy with the donation, the barber bought Harald coffee. 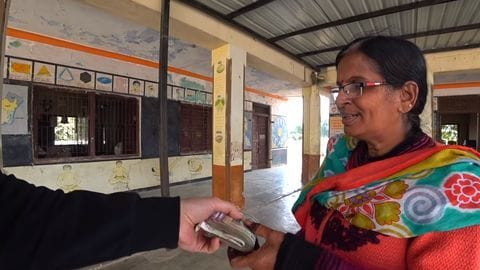 This isn't the first time Harald committed a heart-warming deed. He is a frequent traveler and is doing a series in which he hands over a month's funds collected from his fundraisers to self-employed individuals and entrepreneurs who he feels deserves the money. He recently donated $1,000 or Rs. 70,000 to a Gujarat government school and also had a mid-day meal with the kids.