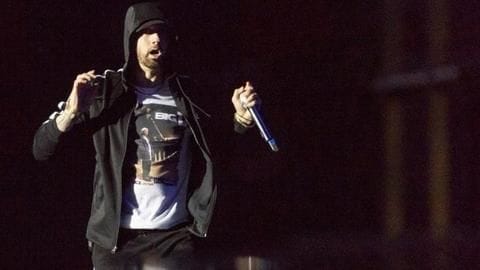 After handling day to day tasks and activities, Google Assistant is beginning to show its creative side. The smart assistant recently received a handy feature (announced in CES 2020), which some nifty users have just re-purposed to make the AI rap Eminem's famous song Godzilla, like a real boss. Let's take a look at their video.

Feature
First, a bit about the feature

Google Assistant already packs some mind-boggling features, but recently the company updated its package with the ability to read web pages aloud. The feature lets a user ask Assistant to dictate the content of an article or web page verbally. It works seamlessly and even provides the option to go forward/backward or increase/decrease speed while reading something.

Given the effectiveness of the feature and the tools on offer, one particular user, by the name 'Zerodown Gaming', got creative and made Assistant rap Eminem's Godzilla. Basically, the person made the digital helper read out the lyrics of the new song from a webpage and then sped it up by 2.2x to make it sound more like a rap.

After making the Assistant rap and recording the whole thing, the user added the background music of the actual song to the clip to make it sound more realistic. Then, on March 5, they shared the finished video on YouTube, raking in tens of thousands of views. To note, you can also use this trick to make Assistant rap any song of your choice.

While the rapping skills are impressive, reading out web-based articles in different languages continues to be the primary focus of this feature. It highlights every single word while speaking it aloud and also comes with the option of live translation, which can translate a story into one of the 42 languages (including Hindi) that the feature currently supports.