OnePlus 7T v/s OnePlus 7: What all has changed? After a series of teasers and leaks, the OnePlus 7T is finally here. Arriving as part of OnePlus's bi-annual upgrade tradition, the flagship killer phone borrows some features from the ultra-premium OnePlus 7 Pro while retaining the familiar waterdrop notched design of the more affordable OnePlus 7.

But how do the two stack up against each other? Here's our head-to-head comparison.

In this article
At a glance

The OnePlus 7T retains the look of the OnePlus 7 but with a slightly smaller notch to offer a taller 20:9 aspect ratio and slightly increased screen-to-body ratio.

On the rear, the dual-tone frosted matte glass houses a circular triple camera module to replace the dual-lens unit of OnePlus 7. Another visual change is that the SIM-tray has been moved to the bottom edge.

All about the screen The trimming of bezels and the shrinking of the display cut-out has allowed the OnePlus 7T to sport an HDR10+ certified 6.55-inch full-HD+ AMOLED screen. It is marginally bigger than OnePlus 7's 6.41-inch screen, though the resolution remains the same.

However, it gets an important feature from the Pro model: 90Hz refresh rate. It essentially makes swiping, scrolling, and gaming more fluid and smoother.

The OnePlus 7T sports a triple-lens rear camera with a 48MP(f/1.6) primary sensor, a 12MP(f/2.2) telephoto sensor with 2x optical zoom, and a 16MP ultra-wide-angle lens with 117-degree field-of-view. This is the same setup as the 7 Pro and clearly a major upgrade over OnePlus 7's 48MP+5MP unit. 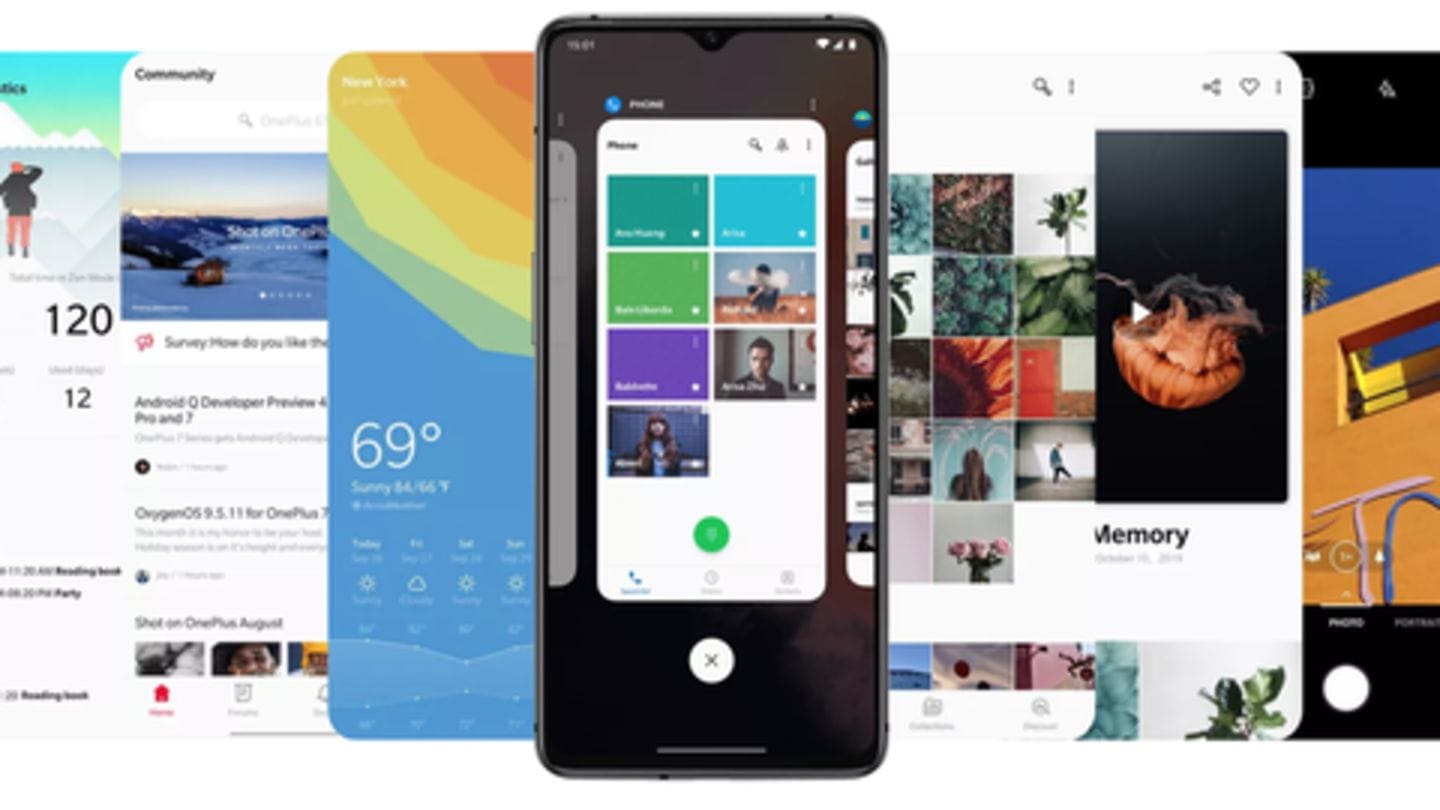 The OnePlus 7T is powered by the latest Snapdragon 855 Plus chipset which offers a higher-clocked CPU and a 15% GPU performance boost than the Snapdragon 855 that is present on OnePlus 7.

Under the hood, OnePlus 7T packs a 3,800mAh battery which is marginally bigger than 3,700mAh unit on the OnePlus 7. Meanwhile, the new flagship comes with WARP Charge 30T fast-charging technology that is claimed to be 30% faster than its predecessor's WARP Charge 30.

The phone also gets a new improved vibration motor and advanced haptic driver that we saw on the Pro model.

And, what about the pocket pinch