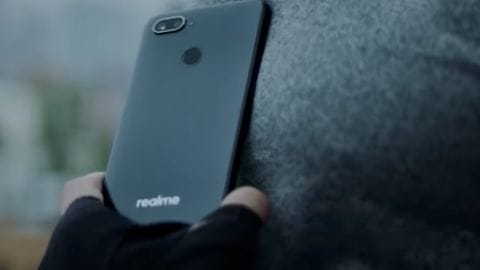 Realme 2 Pro, set to launch in India on September 27, will look nothing like the Realme 2 which recently went on sale in the country. According to an official teaser, Realme 2 Pro will sport a waterdrop notched display, similar to OPPO F9, and won't have the diamond-cut design on the back panel, something we saw on Realme 2. Here's more.

Design
Realme 2 Pro: At a glance

As a high-end variant of Realme 2, we expect upgraded specs on the Realme 2 Pro. A previous leak had suggested the phone will come with a Qualcomm Snapdragon 660 processor and 6GB RAM - an upgrade over the Snapdragon 450 chipset and 3GB/4GB RAM on Realme 2. Likewise, we can also expect a spruced up dual-rear camera setup on the Pro variant.