Shoaib Akhtar lashes out at Indian bowlers: Here's why

Visitors India succumbed to a 22-run defeat in the second of the three-match ODI series against hosts New Zealand in Auckland on Saturday. As a result, India have lost the series after trailing 0-2. Meanwhile, former Pakistan speedster Shoaib Akhtar was not at all impressed by the Indian bowling during the match. Akhtar lashed out at the Indian bowlers. Here's what he said. 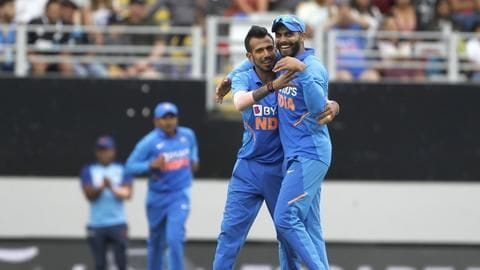 While Akhtar praised Kiwi batsman Ross Taylor for his brilliant innings, he was baffled as to how India messed it up despite reducing Kiwis to 197/8 by the 42nd over. "I'm repeatedly saying India are missing a strike bowler. Chahal came in place of Kuldeep, he did well, but they lacked someone who could put his hand up when they needed wickets," he said.

This is a learning curve for India: Akhtar

"India looked a very average side today. That type of loss can be demoralizing for any team, but they have made a solid comeback. This is a learning curve for India, they need to show character," added Akhtar in a video on YouTube.

Bumrah's form a matter of concern

As far as Bumrah's form is concerned, it has been worrisome. Ever since his comeback last month from the stress fracture, he has not fared well in the ODIs. Having played five ODIs since then, he has managed to claim just a wicket at a horrifying average of 237, with an economy of 5.13. He would look to bounce back during South Africa ODIs.

Batting first, New Zealand were looking set at 141/1 before the Indian bowlers ran all over the Kiwi batsmen. Although India disarrayed them during the middle overs, Ross Taylor's unbeaten 73 brought the Black Caps back. India saw Iyer and Jadeja offer some resistance after a top-order failure. However, the Men in Blue fell short by 22 runs to win the game.

Some records scripted in the match

As for some records scripted in the tie: - Bumrah has gone wicket-less in the last three ODIs for the first time in his career. - Kiwis won maiden bilateral ODI series against India since 2014. - This was India's maiden series loss across formats since the ICC World Cup 2019. - India also succumbed to their third successive ODI defeat against the Kiwis.