When it comes to tennis, Grand Slams are the most important tournaments. And, among the four Slams, Wimbledon is considered to be the most prestigious of all, owing to its rich history. Being the oldest Grand Slam, a number of records have been scripted by players over the years. Here, we take a look at some of the unbreakable records. 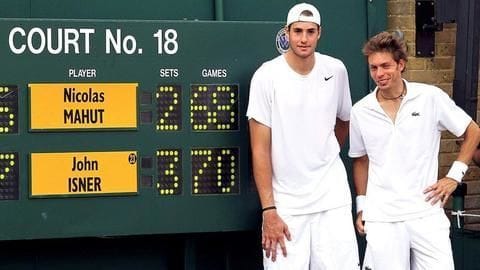 It is Roger Federer who has won the most Wimbledon titles to date. However, interestingly, he does not have the best winning percentage here. Swedish legend Bjorn Borg holds the record of the best winning percentage in Wimbledon (92.73%) with a 51-4 win-loss record. He also holds the record of 41 consecutive match wins, which too remains unmatched by any.

Legend
Seven titles in eight years by the American

As Federer continues to hold the most number of Wimbledon titles, he won five consecutive titles from 2003 to 2007. However, American legend Pete Sampras holds a unique record of winning seven Wimbledon titles in a span of just eight years. It was between 1993-2000, when Sampras attained the feat, as he lost in the quarters of 1996. Unbreakable indeed.

When it comes being the GOAT of Wimbledon, Federer is the only name that comes to the mind. And rightfully so, as he has won a record eight titles. Among active players, Novak Djokovic is the next man after him, with four titles, it is unlikely to be ever broken. Also, Federer's record of 95 singles match wins here is another unbreakable record.

Women's tennis has also witnessed some great records, with Martina Navratilova leading the chart. She won nine singles titles here and remains the most successful player. Although USA's Serena Williams has seven to her name, her inconsistent form makes it unlikely that she would eclipse Navratilova. Interestingly, Navratilova won a total of 120 singles matches in Wimbledon. Undoubtedly, another unbreakable feat!