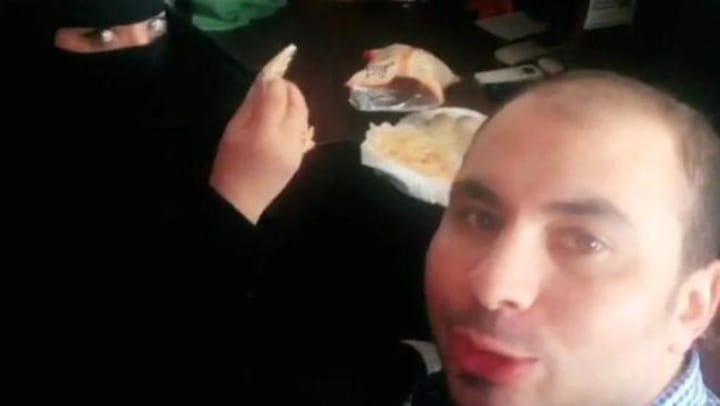 Saudi authorities have arrested a man after a video of him having breakfast with a woman surfaced online and offended many. The video showed the man, an employee of a hotel, sharing a meal with his female colleague. The widely circulated video, that lasts 30 seconds, showed the woman waving in the camera and feeding the man. The man was arrested by labor ministry.

Men and woman, who aren't related, can't sit together

Man charged for taking up post meant for Saudis

The man was identified as an Egyptian national. On social media, the video garnered strong criticism from arch conservatives. As the video gained attention, the public prosecution requested expats to 'respect values and traditions of Saudi society'. The man was charged for several violations including 'taking up a post exclusively reserved for Saudis'. As sad as it sounds, some residents were furious as only the man was being punished.

Road to modernization won't be easy for Crown Prince Salman

This incident further shows Saudi Arabia's Crown Prince Mohammed bin Salman's attempt to modernize the country won't be easy. A few months ago, women were allowed to drive in the country, and cinemas reopened after 35 years. But conservatives still pose a big hurdle.