Anubhav Sinha, the director of movies such as Mulk and Article 15, has called out the Bharatiya Janata Party (BJP) for allegedly plagiarizing his Bhojpuri rap song "Bambai Main Ka Ba," that was released last month. Ahead of the Bihar elections, the party released a song titled "Bihar Mein Ee Ba," which sounds quite similar to Sinha's track. Here are more details on this. 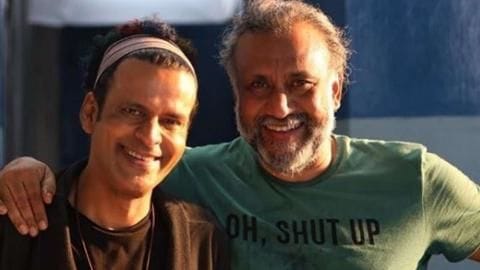 Bambai Main Ka Ba has been crooned by Manoj Bajpayee, who also starred in Sinha-directed music video. Composed by Anurag Saikia and written by Dr Sagar, the song holds a mirror to the struggles of migrant workers in big cities. The song, released by BJP's Bihar unit, on the other hand, is meant to highlight the achievements of the NDA government in the state.

Statement
Sinha said he owns the song, could not keep quiet

In a statement posted to social media, Sinha, 55, said he owns "100% copyrights" of the song and could not keep quiet. He wrote, "My friends tell me to keep quiet and I love them too. But BJP has put out a campaign song for the Bihar elections. The song is a blatant and unabashed copy of a song Bambai Main Ka Ba."

Quote
Sinha said the BJP has set a 'terrible example'

"BJP is a party that governs this country and this sets a terrible example about the way they respect the Intellectual Property rights of others. No one ever reached out to me for my permission," the filmmaker added.

Conclusion
I cannot take this to court: Sinha

"In an ideal world, this would cost money that they (BJP) can easily afford. I am sure there was a reason why they did not," he further said. Sinha said he is happy to let it go and that it is beyond his "means and powers" to take legal action against the party. "I only expect...(BJP's) supporters do not troll me for saying this."

Please listen to this song. This doesn't even use the word Bihar once. @BJP4India #bambaimeinkaba https://t.co/4nwDct8zUg pic.twitter.com/vJLkF13FWQ