The coronavirus pandemic has limited most of our lives to the indoors, forcing office meetings, weddings, fundraisers, tech conventions, etc., to go virtual. Sunday night's BET Awards also decided to go virtual this year. However, the awards show, that honor African-Americans and other American minorities, proved itself to be much more than just that, considering the current political climate in the United States.

During her opening monologue, comedian-host Amanda Seales said that this year's awards show was virtual because the "outside is on one." She said, "It's got COVID and cops and Karens gone wild." Seales asked people to donate, protest, vote, and speak up, reminding them that while George Floyd's killers may be facing action, the cops who fatally shot Breonna Taylor are still walking free. 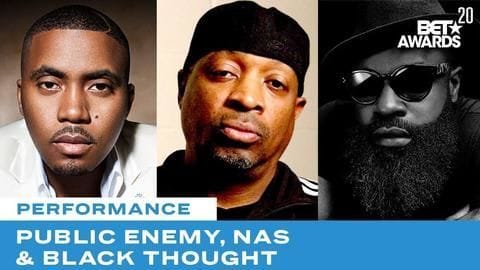 The show kicked off with 12-year-old Keedron Bryant singing his viral ballad 'I Just Wanna Live'. The performance was followed by visuals from recent protests against police brutality and systemic racism, that spread from the US to across the globe. Public Enemy then performed its 1989 song 'Fight The Power', joined by Nas, Rapsody, YG, and Black Thought.

DaBaby reenacted George Floyd's death in a powerful performance of the song 'Rockstar', with a cop's knee to his neck as he lay on the ground. The performance also drew from visuals of the 'Black Lives Matter' protests that followed after Floyd's death.

Jennifer Hudson performed late legend Aretha Franklin's song 'Young, Gifted, and Black'. The performance ended with the launch of a new trailer for Franklin's biopic Respect, in which Hudson stars as the R&B legend.

Humanitarian Award
Vote like our lives depend on it, says Beyonce

Beyonce was presented with the Humanitarian Award at the virtual ceremony by former US First Lady Michelle Obama. While accepting the award, Beyonce said, "We have to vote like our lives depend on it, because it does." Her eight-year-old daughter, Blue Ivy, also became the youngest BET recipient for the single 'Brown Skin Girl'. She shared the award with Beyonce, WizKid, and Saint Jhn.

This year's BET Awards had been planned meticulously, considering it was CBS network's 40th anniversary and the awards show's 20th anniversary. The show had already been planned as a completely virtual event by April, but the producers decided that it had to make it to air when the BLM protests started. Executive producer Connie Orlando told The Atlantic that BET 2020 marked an evolution.

Quote
'It was challenging, but in a good way'

"I'm not going to pretend that it wasn't (challenging), but it was challenging in a good way," Orlando said, "It's an evolution...Our goal was just to set out and create a show where if you are home watching it, you still get the same feeling."

Executive producer Jeannae Rouzan-Clay told The Atlantic that although the show was a celebration of culture, it also served as a reminder of the political climate. Rouzan-Clay told the publication, "You're going to see a fun performance from Megan Thee Stallion, but you're also going to be reminded that it's an election year and that it's time to vote."