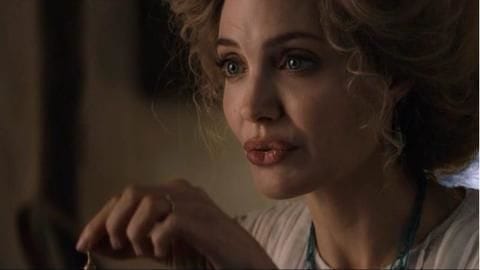 The trailer of fantasy drama Come Away is out and it does look and feel every bit of a Disney venture, but is not. The film, seemingly a typical fairytale showing magic and exotic locations, stars Angelina Jolie and David Oyelowo among other firebrand actors like Michael Caine. What hooks into the trailer from the start is a link to two well-known fictional characters.

Popular kids
Alice of 'Alice in Wonderland', Peter Pan are in it

Alice from Alice in Wonderland by author Lewis Carroll and Peter Pan by author JM Barrie are brought together with an imaginary plot that was never experimented before. The film is directed by Brenda Chapman, who shot to fame by directing the Oscar-winning animated movie Brave. Jolie and Oyelowo play the roles of parents of Alice and Peter. Let's explore the trailer now.

Jolie talks to Alice, played by Keira Chansa, about the chances of fairies born when a human gets born on the earth. Leading the curiosity with the tingling sound of a bell, she prompts Chansa to ask herself if there is a spell made for her. We see Alice's elder brother Peter, who dresses like tribal warriors and experiences the woods like it's his turf.

Plot
Peace is lost after they lose their eldest brother David

Peace is lost after they lose their eldest brother David, played by Reece Yates. Their parents lose purpose and it all boils down to Peter and Alice to make their parents cope with the sudden loss of their eldest son. Time worsens as the family gets threatened repeatedly for not paying debt. Alice and Peter, however, face bigger problems as well.

Details
The film premiered in January at Sundance Film Festival

An evil Queen is seen in conversation with the mother and says she will take care of Alice from now on. Peter and Alice thus embark on their own fantastic journeys fraught with magic and danger to get the family out of the ordeal. The film premiered in January at Sundance Film Festival and is scheduled to release on November 13 in the US.