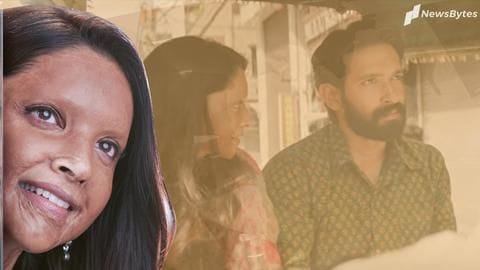 With the entire nation burning in rage against the increasing numbers and wickedness of crimes against women, the timing for Meghna Gulzar's Chhapaak couldn't have been more precise. Deepika Padukone's latest movie showcases a woman's ordeal with a heinous acid attack and celebrates the victory of her undying determination for justice. In that sense, the trailer is both inspiring and relevant. Here's our take.

Notably, Chhapaak is based on the life of acid attack survivor Laxmi Agarwal. Attacked in 2005 at age 15, Laxmi went on to start Stop Sale Acid, a campaign working against acid violence and sale of acid. She has won several prestigious awards for it.

In Chhapaak, an unconventional Deepika plays Malti, a beautiful young girl whose face and life have been irreparably scarred by a grisly acid attack. She is accompanied by Amol, a social activist and her love-interest, who has been portrayed with charm by the heavily underrated Vikrant Massey. The movie follows Malti's fight with herself, the society, and the judicial system to get eventual justice.

The genius of Gulzar (Raazi, Talvar) is such that within a span of 2 minutes, the trailer brings forward the harrowing on-ground consequences of suffering an acid attack in India, and how the society and the judiciary traumatize the victims, for no fault of theirs.

Deepika
A brave choice by Deepika, as both actor and producer

In an industry that is evidently obsessed with the conventional notions of beauty, a mainstream actress taking up a role like that of Malti is a victory in itself. By choosing to portray Malti, Deepika took a tough decision and her passionate portrayal in the trailer deserves all the praise. Notably, Chhapaak is also her first venture as a producer.

Information
'Chhapaak' to release on January 10; clash with 'Tanhaji'