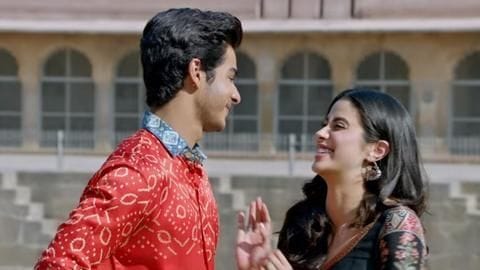 Janhvi Kapoor is arguably the most looked-forward debutante of recent times. Daughter of late Bollywood legend Sridevi, she is all set to start her Bollywood journey with 'Dhadak'. Featuring Ishaan Khatter opposite her, the trailer of the film was released four days ago and has a struck a chord with the audience. So far, it has garnered 30 million views on YouTube.

Details
Janhvi's is a quintessential debut

Over the years, most of the star kids have started their filmy careers with a love story, be it Hrithik Roshan ('Kaho Naa... Pyaar Hai'), Ranbir Kapoor or Sonam Kapoor ('Saawariya'). And now, Janhvi is taking the trend forward with 'Dhadak', which is a remake of the Marathi blockbuster 'Sairat'

Information
The film will be out next month

Directed by Shashank Khaitan and bankrolled by Karan Johar, 'Dhadak' is slated to hit the screens on July 20. The fans are eagerly waiting for its songs to come out, especially the Hindi version of 'Zingaat'.