'Mirzapur 2' will start steaming from October 23 on Prime 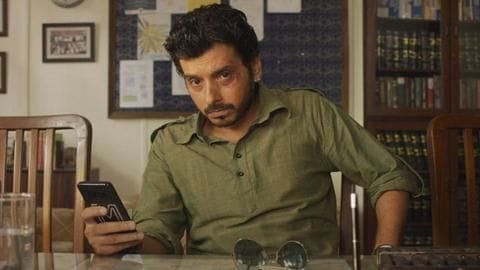 The highly-anticipated second season of Mirzapur will be out on October 23. As promised, Amazon's streaming wing Prime Video made the announcement today. The series was earlier scheduled to arrive on the streaming giant in April this year, but the ongoing COVID-19 pandemic halted work at the time and delayed that plan. Here's more on this.

Do you know?
The debut season ended on a cliffhanger

The two-year-long wait, coupled with the cliffhanger ending of the first season, upped the excitement quotient among the fans. To recall, in the debut season, Vikrant Massey's "Bablu" Pandit was killed, and his brother Guddu is now out to avenge his death.

Show
'Mirzapur' is set in the badlands of UP

Set in the badlands of Uttar Pradesh, Mirzapur tells the story of mafia dons and gang rivalries of Purvanchal. It stars Pankaj Tripathi, Divyendu Sharma, Ali Fazal, Vikrant Massey, Rasika Dugal, and Shweta Tripathi, among others. The nine-episode debut season, that aired in 2018, received mostly positive reviews and became a phenomenon among audiences.

Quote
Fans have been after us, Fazal said

Meanwhile, Fazal said he is mindful of the expectations from the fans. "We were always the underdogs and there was always immense love from the audience...Through the lockdown, fans have been after us. We can feel the eyes on us," he said.

With Mirzapur 2, Amazon further expands its line-up of Indian original content. Before the crime-thriller, show such as The Forgotten Army, Four More Shots Please Season 2, Paatal Lok, Breathe Season 2 and Bandish Bandits, were released this year. In the coming months, the platform is expected to drop series like The Family Man Season 2, Inside Edge Season 3, and The Last Hour.