Review: Coldplay's single 'Higher Power' is out of this world 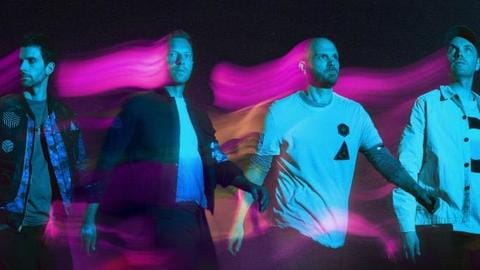 Coldplay fans finally got to hear their new single Higher Power, and we can all agree that another masterpiece has arrived. The much-awaited song dropped recently, and it even debuted in space. Yes, really! French ESA astronaut Thomas Pesquet, who is currently aboard the International Space Station (ISS), played a special performance of Higher Power with dancing alien holograms. Here, we review the song.

Coldplay is in their own realm right now—only they can make aliens dance! Higher Power is reportedly their first single from their ninth album, Music Of The Spheres. "Higher Power is a song that arrived on a little keyboard and a bathroom sink at the start of 2020. It was produced by Max Martin who is a true wonder of the universe," Coldplay tweeted.

Greatness
The band has infused the '80s into their music seamlessly

Coldplay is finally back to "fix us." The band has seamlessly infused the '80s into their music and made it a surreal listening experience for every fan. In fact, the song gives out the vibes that will make you hopeful for a better future. Don't forget about the possibility the real aliens may have enjoyed it just as much as the holograms.

Fan Reactions
'When the whole world needed Coldplay, they came back'

Fans loved Higher Power and said it's like a ray of hope in these despondent times. One YouTube comment said, "Not saying the two are connected, but Coldplay went away and we experienced a global pandemic. Let's not make the same mistake again." Another added, "Coldplay release songs that make you feel like you've heard them before in a spectrum of alternate realities."

Projects
It's been two years since Coldplay released an album

The band members have been recording new music during the pandemic and many of those songs will feature in their upcoming studio album. A source told The Sun, "They've been busy working on new music during lockdown and it'll all culminate in the record, which has the working title Music Of The Spheres." Coldplay's last album titled, Everyday Life, released in 2019.