After breakup with Himansh, Neha reveals benefits of being single

Neha Kakkar has a knack of hitting the headlines, especially for her personal life. The singer, who grabbed eyeballs for her mushy relationship with Himansh Kohli, is now dealing with a broken heart. Unsurprisingly, she was quite depressed post her split with Himansh. However as time passed by, Neha learned to fight back depression and has now shared why being single is beneficial.

After she split from Himansh, Neha admitted openly that the heartbreak was tough for her, and she also slipped into depression. But now it seems that she is at peace. Recently the Kala Chashma singer shared Instagram stories saying that being single comes with a lot of benefits. Like, one gets proper sleep, wakes up early, and also gets to spend time with oneself. 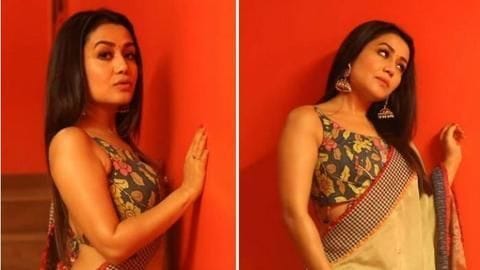 Apart from the Insta stories, Neha has also released her first video post the breakup, which has her singing Gajendra Verma's Tera Ghata. The video features just her, and her expressions speak loudly that she has moved on. Note: She sings this line, "Isme tera ghata mera kuch nahi jata, zyada pyaar ho jata toh dil seh nahi pata," more emotionally than the rest.

Reason
Loyalty became an issue between Neha and Himansh

Neha and Himansh made their relationship public last year on Indian Idol-10, where she was the judge. Himansh made a surprise appearance on the show and declared his love for Neha, and she responded. This cute moment was however short-lived, and they split last December over loyalty issues. Apparently, Himansh suspected Neha of cheating on him, which led to fights and eventually, the breakup.