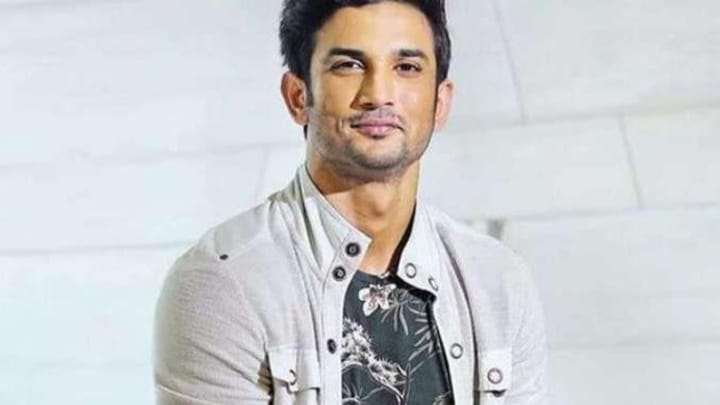 An old video of late actor Sushant Singh Rajput's sister Priyanka Singh questioning a former staff member at his house about a suspicious transfer of money has surfaced on social media. The video has come at a time when the Enforcement Directorate (ED) is probing a money laundering case in connection with Sushant's death. The actor passed away in June. Here are more details.

Here is what unfolds in the video

In the viral video, Priyanka and her husband Sidharth can be seen angrily questioning a former staff member at Sushant's house, asking him about a suspicious transfer of money. "You are in a Bollywood star's house," Priyanka tells him, also threatening to call the police. Reportedly, the man, named Rajat, used to handle Sushant's finances before he was fired last year.

The video was reportedly taken in April last year

According to reports, the said video was taken in April 2019. Rajat had reportedly transferred the money to another former staff member named Pankaj. Rajat was later fired by Priyanka and Siddharth over this issue. Thereafter, Samuel Miranda was hired as Rajat's replacement. Miranda has also been named in the police complaint lodged by Sushant's family in Patna.

Tellingly, Sushant's relationship with Priyanka has been a matter of debate lately. According to text messages released by Rhea Chakraborty, Sushant's alleged girlfriend and accused in his death case, Priyanka had allegedly abused Rhea. In fact, Sushant had also apparently called his sister "manipulative" and "pure evil." However, the late actor's family has denied these claims, saying the two shared an amicable bond.

To recall, on July 25, Sushant's father, KK Singh had filed a police complaint in Patna against Rhea, accusing her of fraud and abetment to suicide. In the FIR, it was also alleged that Rs. 15 crore were suspiciously transferred from his accounts. Based on that allegation, the ED, which probes financial crimes, filed a money laundering case in the matter.

In fact, the ED has confirmed that Rs. 15 crore were withdrawn from one of Sushant's accounts. However, the agency has not found any significant direct transfers to the accounts of Rhea. The agency officials have questioned Rhea, her brother Showik, and father Indrajit Chakraborty. Sushant's former business manager Shruti Modi and friend Siddharth Pithani were also questioned.

Meanwhile, the case filed in Patna was last week transferred to the Central Bureau of Investigation (CBI), after the central government accepted the request from Bihar government. Subsequently, the agency filed an FIR against Rhea and others. Its officials have thus far recorded statements of Sushant's father and sisters as part of the investigation.

SC will soon decide who will probe the case

However, Rhea has filed a petition in the Supreme Court, seeking transfer of case against her from Patna to Mumbai. The top court heard the case on Tuesday. On Thursday, a written submission was filed by all parties in the apex court. While Sushant's family and Bihar government have requested for a CBI probe, Rhea and the Maharashtra government have opined otherwise.

Sushant was found dead at Mumbai home on June 14

Sushant was found dead at his apartment in Mumbai on June 14. Citing initial evidence, the police had termed it a case of suicide. The actor had been suffering from clinical depression for the past few months, medical reports have suggested. Having started out as a television actor, Sushant starred in movies such as PK, M.S. Dhoni, Kedarnath, Sonchiriya, and Dil Bechara, among others.

If you are feeling suicidal, please seek help