Trailer of 'Dil Bechara', Sushant's final film, is out! 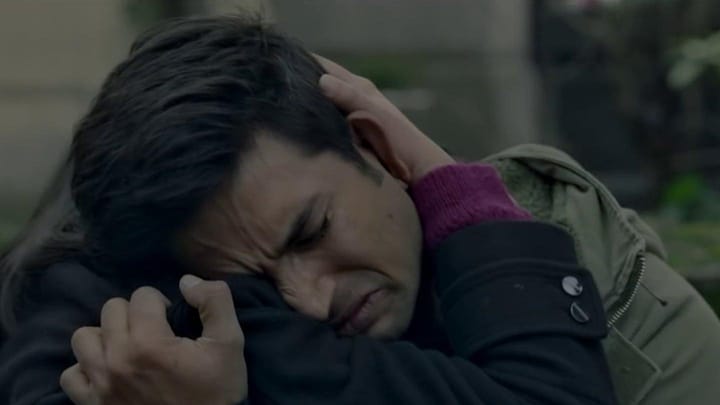 The trailer for Dil Bechara is now out! A romantic drama with a pinch of tragedy, the movie will now unfortunately remain the final piece of work starring late actor Sushant Singh Rajput (34), who passed away last month. It is being seen by fans as a chance to celebrate the life and career of the beloved actor. Take a look.

It's a story of two people made for each other

Based on John Green's popular 2012 novel The Fault in Our Stars, Dil Bechara tells the story of two youngsters: Kizie (played by debutante Sanjana Sanghi), a young girl suffering from cancer and Manny (Sushant), a boy whom she meets at a support group. The two go on an emotional roller-coaster ride as they explore the experience of being alive and in love.

Sushant's charm stays with viewers even after trailer ends

In the trailer, Sushant is introduced as a carefree person, who just knows how to smile. He makes Kizie laugh with his jokes, makes her feel welcome in the support group, and holds her hands when she feels the most vulnerable. It looks like Sushant was made for this role. The avid reader that he was, he surely must have gulped down Green's novel.

Beauty, romance, and tragedy: That's 'Dil Bechara' for you!

The 3-minute-long trailer is replete with spectacular shots of the beautiful Eiffel Tower in Paris, where Kizie and Manny decide to go for a trip. In the novel, the lovers blurt only "Okay" to each other to express their love and in this movie, the word has been replaced with "Seri" (meaning okay in Tamil). Just like the book, the trailer also is heart-touching.

Produced by Fox Star, Dil Bechara marks the directorial debut of famed casting director Mukesh Chhabra. It is also Sanjana Sanghi's debut as a lead actor. She has previously featured in movies such as Rockstar, Fukrey Returns, and a number of TV commercials. Meanwhile, Saif Ali Khan will be seen in an interesting cameo role. The film also stars Milind Gunaji and Jaaved Jaaferi.

The film's music has been composed by AR Rahman

The trailer also hints at the movie's beautiful music. And why not, the score has been composed by none other than the maestro, AR Rahman. Rahman also shared the Dil Bechara album. The songs of the film include titular song Dil Bechara, Taare Ginn, Khulke Jeene Ka, Maskhari, Friendzone, Main Tumhara, Afreeda, Mera Naam Kizzie, and The Horizon of Saudade.

In an earlier statement, Chhabra said, "Sushant was not just the hero of my debut film as a director, but he was a dear friend who stood by me through thick and thin." "He always showered immense love on me while I was making it and his love will guide us as we release it," the director added.

Sanjana also called the film their 'labor of love'

Meanwhile, Sanjana has been posting emotional posts in remembrance of her late co-star. In a video, she narrated how Sushant helped and supported her as they worked on the movie. She shared, "After 2 years of seemingly all the possible difficulties one single film can face...we were supposed to finally watch the film, our labor of love, together."

Dil Bechara was earlier slated to hit theaters on May 8 but was delayed due to the coronavirus pandemic. Keeping the situation in mind, the makers eventually decided to release the film digitally. It is set to arrive on Disney-owned streaming platform Hotstar on July 24. The film will be available for free, as a tribute to Sushant.

Sushant passed away last month, leaving a void in Bollywood

Sushant died by suicide at his apartment in Mumbai on June 14. He had been battling depression for the past few months. The late actor's last rites were held in the city on June 15. Subsequently, stars from all walks of life paid tribute to him, as the tragic piece of news surfaced. A police investigation is currently underway.