Bollywood actress and model Sushmita Sen has opened up on her diagnosis with the Addison's disease and how she overcame it. The 44-year-old former Miss Universe said that regularly performing exercises with the Nunchaku or chainsticks (a Japanese martial arts tool) over the past few years helped her battle the autoimmune condition. She was diagnosed with the disorder in 2014.

Information
What is Addison's disease?

Addison's disease is a condition in which the adrenal glands (located just above the kidneys) do not produce enough hormones. Its symptoms may include extreme fatigue, weight loss, darkening of skin, and irritability. Treatment usually involves intake of hormones to meet those that are missing.

Details
I had no fight left in me, Sushmita shared 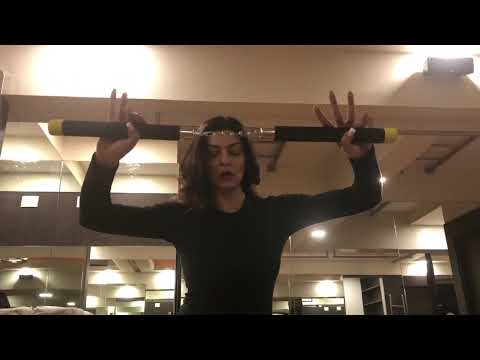 Sushmita revealed these details in a fresh YouTube video, where she can be seen performing various moves with chainsticks. In the description section, the actress shared that after she was diagnosed with the disease, "it left me feeling like, I had no fight left in me... A fatigued body filled with immense frustration & aggression. (sic)"

Details
But she decided to fight back

But Sushmita decided not to give in. "Enough was enough, I had to find a way of strengthening my mind, allowing my body to follow suit," she wrote. "I meditated with Nunchaku. Aggression out, fight back in and pain turned into an art form. I healed in time, my Adrenal glands woke up...no withdrawals and no auto immune condition as of 2019," she added.

Quote
There is a warrior in all of us: Sushmita

Offering motivation to her fans, Sushmita concluded, "No one knows your body better than you, listen to it. There is a warrior in all of us, never give up! Thank you to my teacher Nupur Shikhare for being my rock through this journey."

Meanwhile, Sushmita is all set to make her Bollywood comeback, after a decade. She was last seen in Anees Bazmee's comedy movie No Problem (2010). Revealing the same, she wrote in an Instagram post, "[My fans] have waited 10 long years for my return to the Screen, encouraging me every step of the way throughout my hiatus... unconditionally! I return just for you! (sic)"