US defense giant Lockheed Martin, on Wednesday, unveiled the F-21 fighter jet that it claimed is especially designed for India and will be manufactured in India, under the 'Make in India' program. The unveiling, aimed at bagging a multi-billion dollar defense deal, was done at the Aero India 2019 show, which commenced today in Bengaluru. Here are the details.

Details
Lockheed Martin is looking to bag a defense deal

The announcement comes in the backdrop of the US firm earlier offering F-16 Block 70 jets to India. However, India's requirement for medium multi-role combat aircraft (MMRCA) has, for now, been fulfilled by the Rafale deal. That said, Lockheed is hoping to win a defense contract from India by offering this unique F-21 jet.

Unique
A jet configured for India, to be made in India 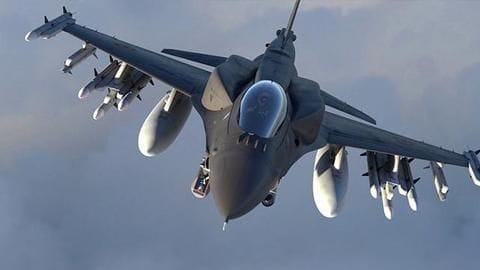 While unveiling the jet, Lockheed said that the F-21 had been specifically configured for the unique requirements of the Indian Air Force (IAF). It added that the F-21 would not only serve as an advanced, scalable fighter aircraft for the IAF, but would also provide unprecedented opportunities to boost industrial growth under India's 'Make in India' program.

"The F-21 provides unmatched opportunities for Indian companies of all sizes, including Micro, Small & Medium Enterprises (MSMEs) and suppliers throughout India, to establish new business relationships with Lockheed Martin and other industry leaders in the US and around the globe," said a Lockheed statement.

Win-Win
Deal would be win-win scenario for India, says Lockheed

For the manufacture of F-21 jets, Lockheed said that it would be partnering with Tata Advanced Systems to make the jets in India itself. Lockheed, the world's largest defense contractor, added that its partnership with India's premier industrial house, Tata, would be a "historic win-win" situation for both India and the US. However, it is unclear whether the IAF has been consulted about the F-21 jets.