Researchers have identified fossil bone fragments of sauropod dinosaurs dating back to about 100 million years from an area around West Khasi Hills District in Meghalaya. The yet-to-be-published findings were made during a recent field trip by researchers from the Geological Survey of India's Palaeontology division in the North-East. This is the first record of sauropods of probable Titanosaurian origin discovered in the region.

In this article
Previous discoveries

Dinosaur bones were previously discovered in the state in 2001

The finding makes Meghalaya the fifth state in India after Gujarat, Madhya Pradesh, Maharashtra, and Tamil Nadu and the only state in the North-East to report Sauropod bones having titanosaurian affinity. "Dinosaur bones from Meghalaya were reported by GSI in 2001 but they were too fragmentary and ill-preserved to understand the taxonomic identification," said Arindam Roy, Senior Geologist, Palaeontology Division, GSI.

Group includes largest animals to have ever lived on land 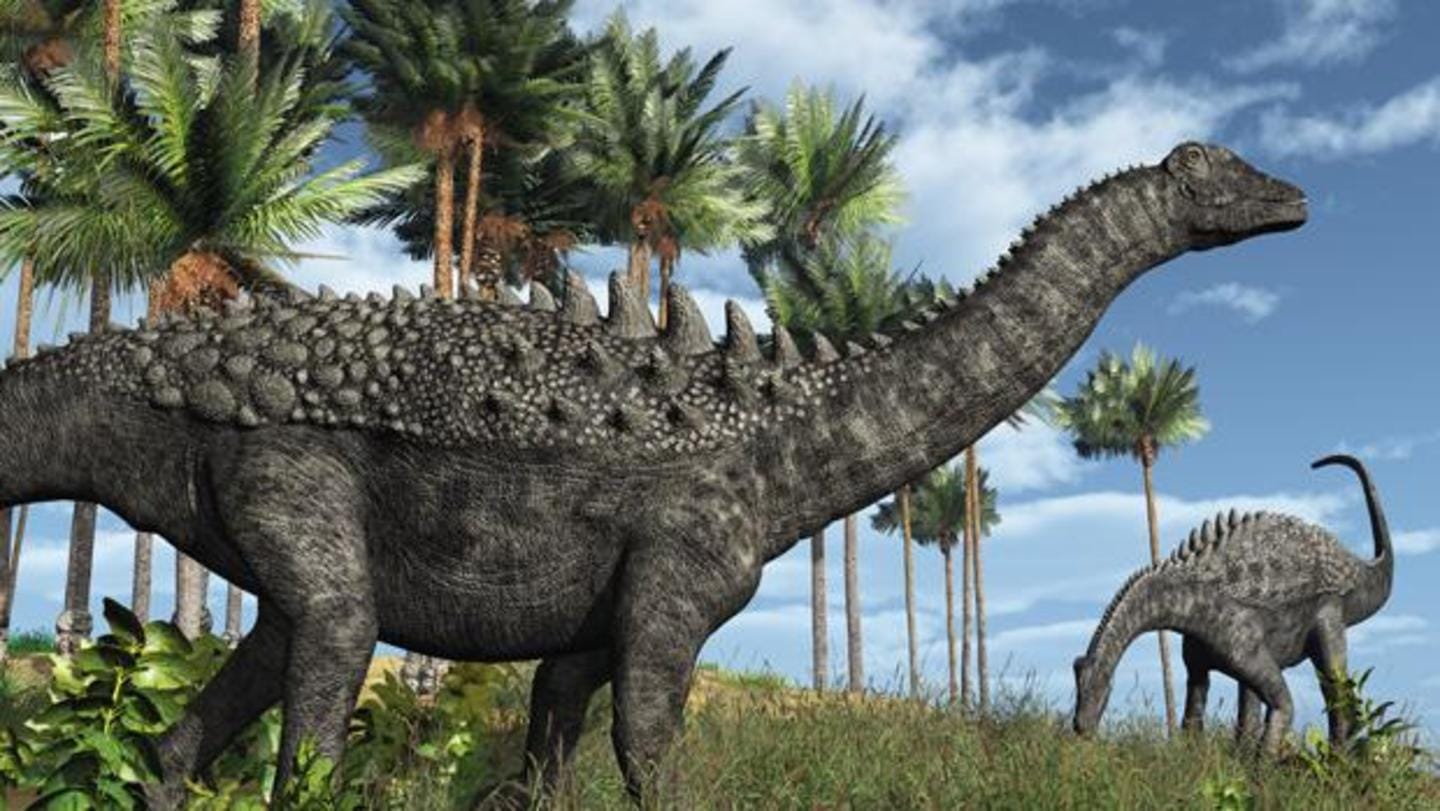 Sauropods had very long necks, long tails, small heads relative to the rest of their body, and four thick, pillar-like legs. They are notable for the enormous sizes, and the group includes the largest animals to have ever lived on land. Titanosaurs were a diverse group of sauropod dinosaurs, including genera from Africa, Asia, South America, North America, Europe, Australia, and Antarctica.

The best-preserved fossils are limb bones

"The present find of bones is from fieldwork in 2019-2020 and 2020-21. The last visit of the team was in February 2021. The fossils are presumably of Late Cretaceous," Roy said. He noted that the best-preserved fossils are limb bones, adding the type of curvature, development of lateral and proximal margins of the partially preserved bone are indicative of it being a humerus bone.

Titanosaurian sauropod dinosaurs were the most diverse and abundant large-bodied terrestrial herbivores in the Southern Hemisphere during the Cretaceous Period but they were not endemic to the Gondwanan landmasses. Gondwanaland is the southern half of the Pangaean supercontinent that existed some 300 million years ago and is composed of the continental blocks of South America, Africa, Arabia, Madagascar, Sri Lanka, India, Antarctica, and Australia.