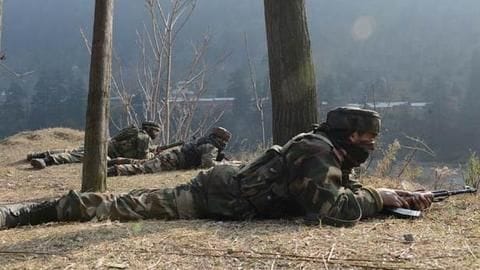 Almost two years after the Indian Army conducted the surgical strike on terror camps along the border, videos of the operation have been released, that was broadcast on various TV channels on Wednesday. The videos showed terrorists being killed and destruction of bunkers in Pakistan Occupied Kashmir (PoK). The surgical strike happened in September'16, days after Pakistani terrorists had attacked army camp in Uri.

The videos shot on drones and helmet-mounted cameras showed bunkers and other military constructions being destroyed. The cameras also recorded geo-spatial location of targets. Lt General D S Hooda (retd) confirmed the videos were real. He was in charge of the strikes and feed of the operation was streamed live at his headquarters in Udhampur. He added he always wanted videos to be released.

Surgical strike
Videos of attack sure to embarrass Pakistan

On the night of 28-29 September 2016, the Indian Army had attacked seven terror pads in PoK. The operation was carried on by 4 and 9 Special Forces battalions, who were later awarded for their bravery. No Indian army personnel was injured during the attack. The videos are bound to leave Islamabad red-faced as it has always denied breeding terrorists and the strike.

The surgical strike was India's retaliation to horrific Uri attack. In pre-dawn attack, about 20 soldiers were killed. General Suhag had said the Uri attack needed to be avenged. For 10 days, the attack was planned behind closed doors by former Defense Minister, Manohar Parrikar, NSA Ajit Doval, General Suhag and General DS Hooda. It was approved by Prime Minister Narendra Modi.

Since 2016, the surgical strikes have found a place in political debate, with Opposition leaders questioning its authenticity. Former BJP leader Arun Shourie had also raised doubts about the strike. After the videos were released, former J&K Chief Minister had tweeted nothing could be achieved by discussing whether surgical strikes took place or not. The video will now finally put an end to doubts.

On Thursday morning, Congress spoke about released footage of surgical strike and said PM Modi was glorified when army sacrificed. Congress leader Randeep Singh Surjewala said BJP shouldn't use surgical strikes to garner votes. "Nation wants to ask them did Atal Bihari Vajpayee and Manmohan Singh boast of the success of Army operations during their tenure, just like them," he said.