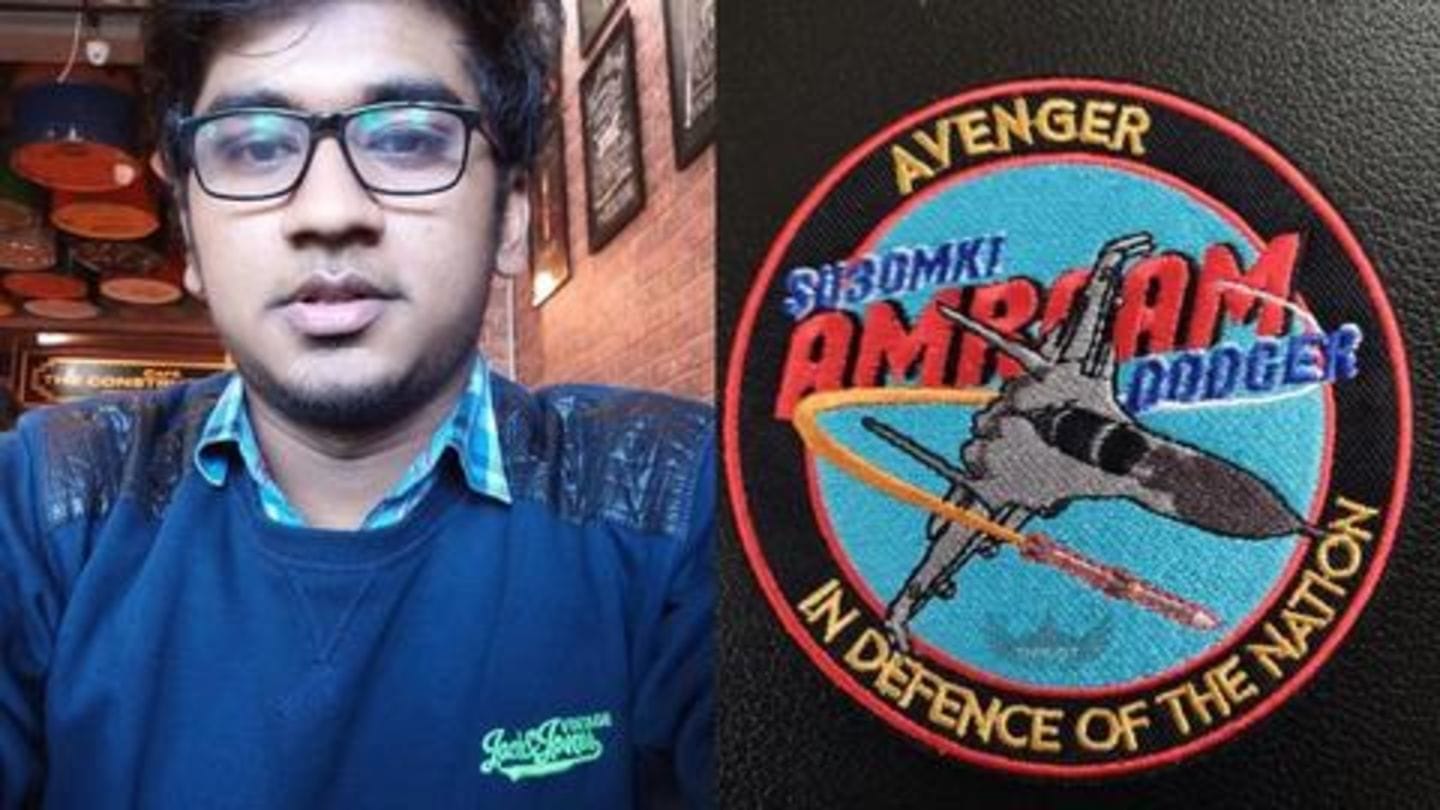 Recently, the MiG-21 Bison Squadron of the Indian Air Force (IAF), were given special uniform patches commemorating the dogfight in which Wing Commander Abhinandan Varthaman famously shot down an F-16 jet of the Pakistan Air Force (PAF) on February 27 this year. But did you know the patches were designed by a 21-year-old aviation enthusiast who has just graduated from college?

Chordia is a fresh graduate with a Political Science degree 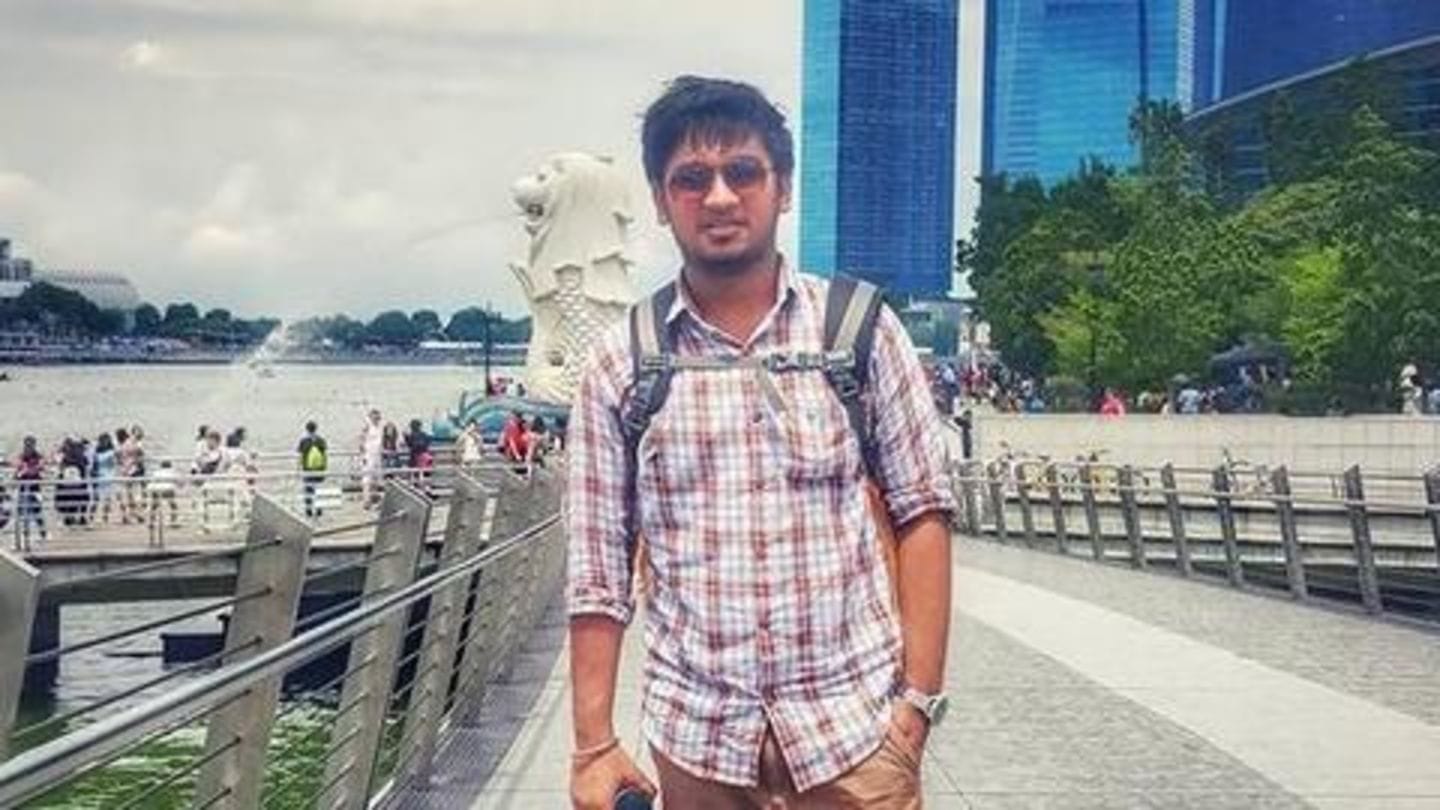 Saurav Chordia, a New Delhi-based graphic designer from Assam, has recently graduated with a degree in Political Science. However, he has already designed over a hundred patches for the IAF. Chordia designed the two patches - 'Falcon Slayer' and 'AMRAAM Dodger' - for IAF's MiG-21 Bison and Sukhoi Su-30MKI squadrons that shot down Pakistan's F-16 jet while evading their AMRAAM missiles. 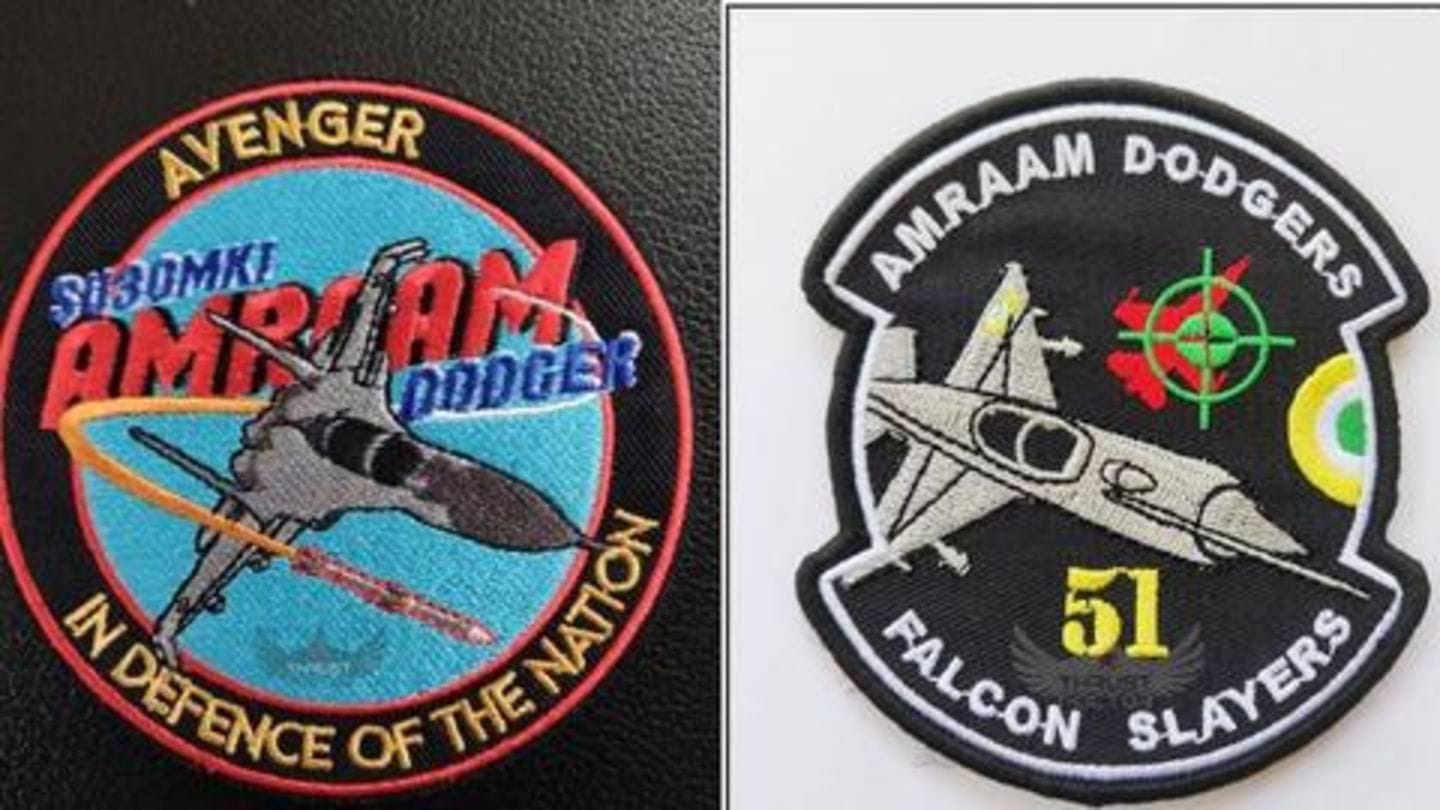 One of the patches for the MiG Bison Squadron depicts a MiG-21 Bison targeting a red-colored F-16 in the background, along with the squadron's new sobriquet 'Falcon Slayers' and 'AMRAAM Dodger' in text. Another patch that Chordia designed reads 'AMRAAM dodgers' and shows an IAF Su-30 MKI fighter jet dodging an AMRAAM missile, which were fired by aircraft of the PAF, mid-air.

"It was a huge honor for me when I was asked to make the squadron patch for 45 Squadron ('The Flying Daggers'), IAF's first squadron to fly the Tejas Light Combat Aircraft," Chordia said. He also designed patches for the IAF's Surya Kiran Aerobatic Squadron.

Chordia got into art after his brother received a computer 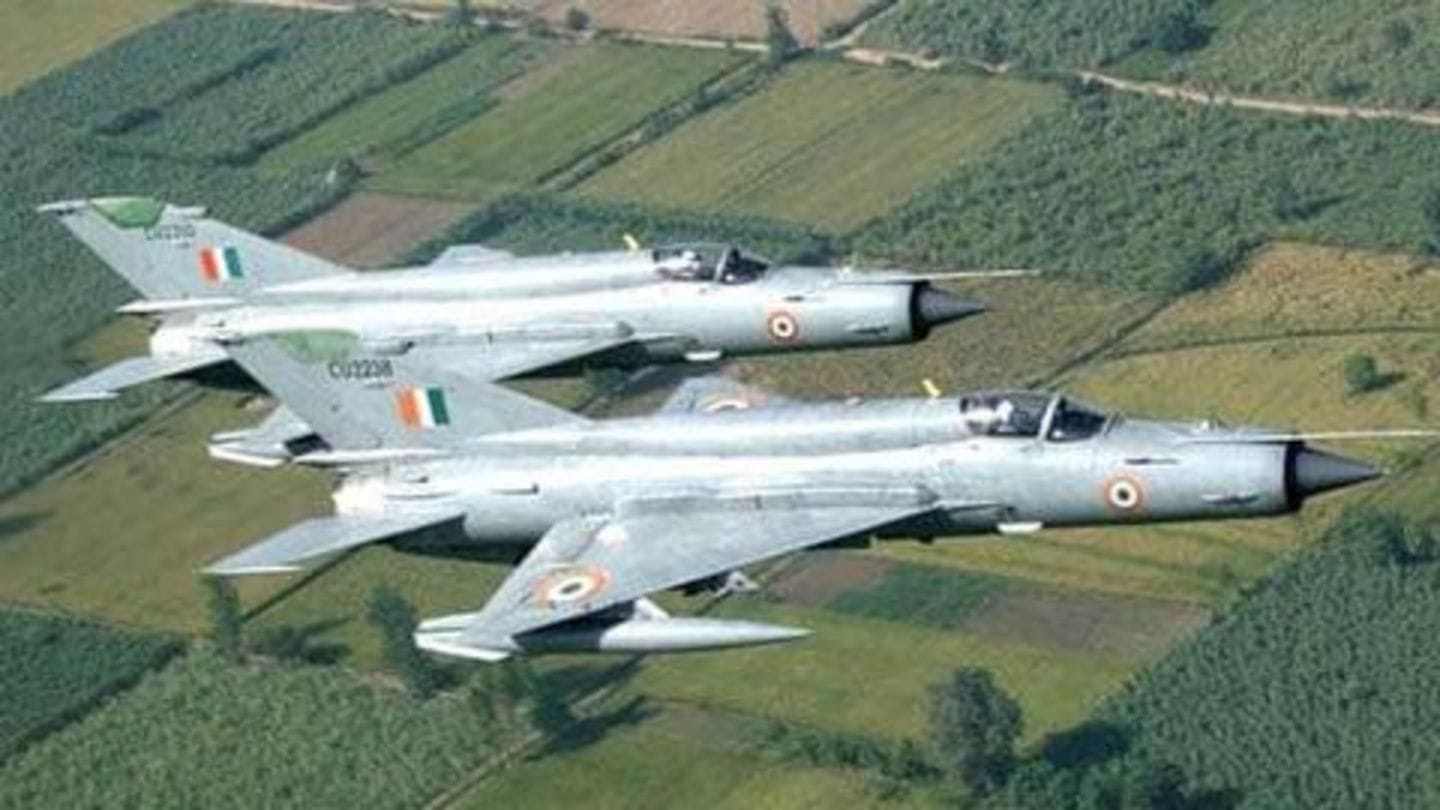 Speaking to NDTV, Chordia, who hails from Basugaon in Assam, revealed that he got into designing patches when he was 18 years old. Chordia recalls he developed an interest in art when his brother received a computer from the state government after he passed the Matriculation exam with first division in 2010. Chordia used it to play flight simulators and create 3D aircraft images.

Here's how it all started for Chordia 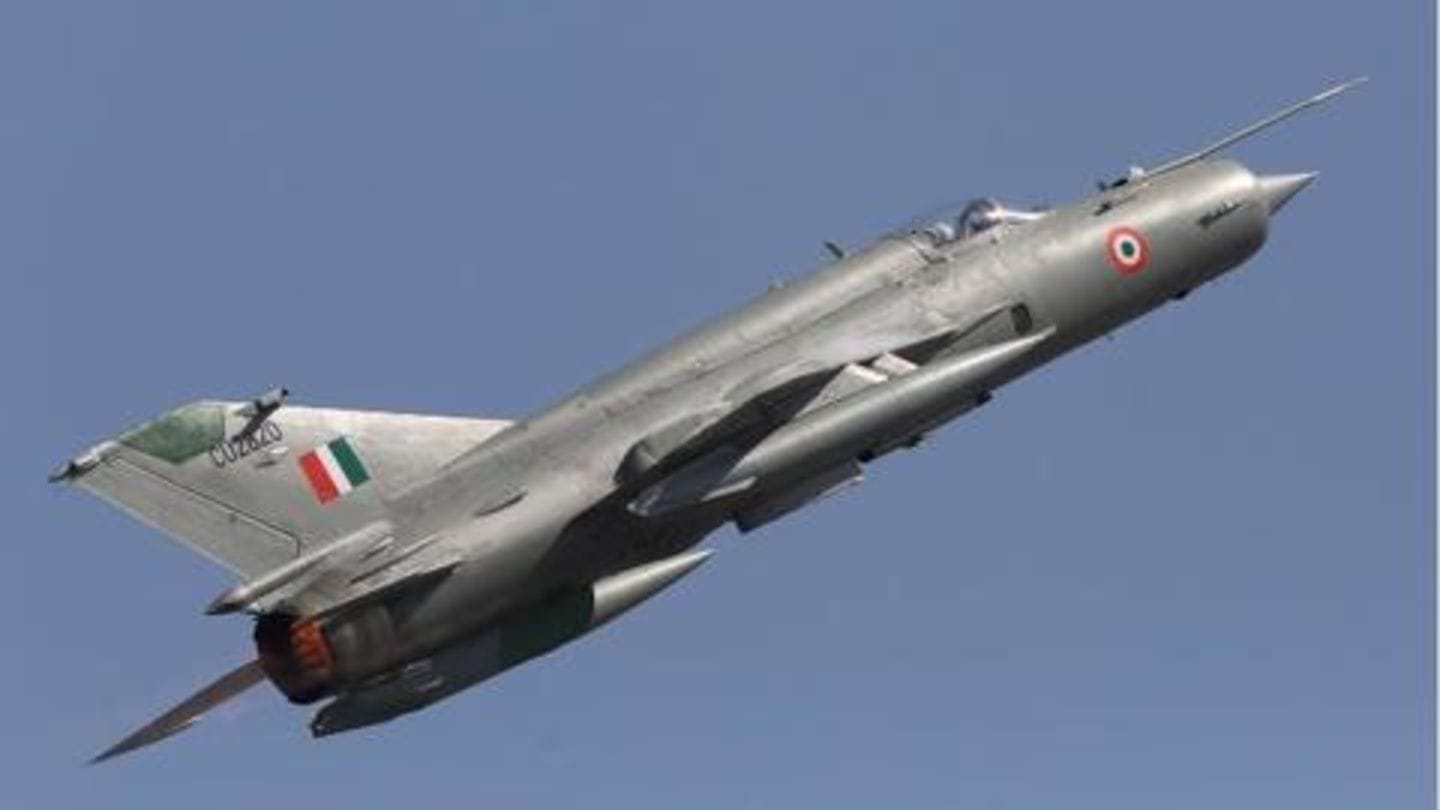 The son of a cloth-merchant, Chordia was approached by the IAF after finishing his Class XII exams. "Developers of the Indian Air Forces mobile game called 'Guardians of the Skies' called me to do an internship. That's where things took off," Chordia told NDTV. Chordia soon started designing patches for the IAF for free, and now earns a stipend usually less than Rs. 20,000.

"Patches are a reminder of a Squadron's glorious past and fighter pilots wear these with pride," IAF spokesperson and Group Captain Anupam Banerjee told NDTV. He said aviation enthusiasts like Chordia help in "building up aviation awareness in the country."