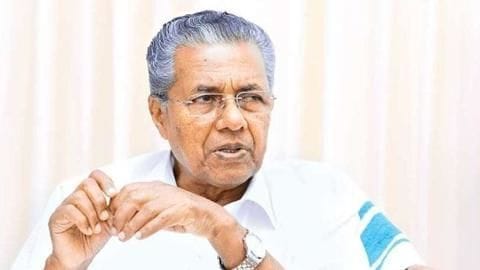 The Left-run Kerala government has slammed the Centre for sending the trains carrying migrant workers to the state without proper communication. The Railways want to be the "super spreader" in the state, Finance Minister Thomas Isaac tweeted. India
Why government banned alcohol sale during the 40-day lockdown?

When the Centre released a new set of guidelines for the second bout of lockdown, it clearly stated that the sale of alcohol would be banned till May 3. This decision was taken despite some state governments mulling the option of re-opening liquor shops to generate revenue. India
Coronavirus: How Kerala is 'flattening the curve'

Kerala was notably the first Indian state to report a case of coronavirus infection and remained one of the worst-hit regions in the early stages of the outbreak. Kerala Finance Minister Thomas Isaac on Thursday revealed that the state's demographic is aging faster as compared to the rest of India. The Indian Administrative Service (IAS) is the most sought-after Civil Service of the country but being an IAS officer is tough and needs great commitment. At its 31st meeting in New Delhi, headed by Union Finance Minister Arun Jaitley, the GST council decided to move 33 items from 18% GST slab to 12% and 5%. BJP chief Amit Shah, on landing at Kerala's as yet un-inaugurated Kannur airport earlier, tossed a 'congratulations' at the airport staff, saying that the airport inauguration had unofficially been completed. In yet another incident of an outburst against the Supreme Court's Sabarimala verdict, an ashram founded by a preacher who supported the verdict was set ablaze, supposedly by enraged Ayyappa devotees, near Thiruvananthapuram in Kerala early on Saturday. India
GST roll out to commence from 1st July 2017

In the Goods and Service Tax (GST) Council meeting held today, all pending rules including tax provisions and returns were cleared prompting all states within the country to agree that GST roll out would commence from 1st July 2017.