The massive tech show, IFA, is back with a bang, and manufacturers have started showing their epic gadgets. The show, which will run from August 31 to September 5, has already witnessed some notable devices from Samsung, ASUS, LG, Sony, etc, and you can be sure that more are on the way. Here are 5 amazing gadgets that have been launched so far. 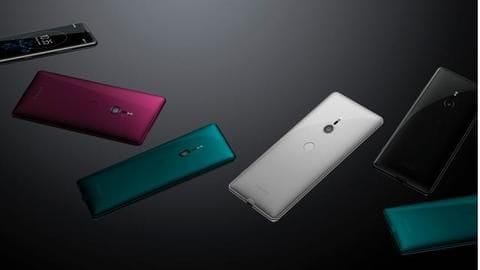 The next is ASUS Zenbook. Looks like ASUS has completely revamped its laptops with 2018's trend of edge-to-edge displays. ASUS Zenbook 13, 14 and 15 enticed the geeks with their frameless NanoEdge displays offering 95% screen-to-body ratio. They are equipped with 8th generation Intel Core i7 processors, NVIDIA GeForce GTX 1050 Max-Q GPUs, and also boast a LED-illuminated numberpad built right into the touchpad.

IFA 2018 also saw a surprise preview of Huawei-owned Honor's Magic 2 smartphone. Inspired by the OPPO Find X released this year, it has a notch-less edge-to-edge display, a sliding camera, and is powered by a cutting-edge Kirin 980 processor. The OPPO-inspired sliding camera is being called "Magic Slide", and the phone does look impressive. However, it is atleast two months away from release.

The next awesome gadget in this list is Sony XBG01G speaker. Part of Sony's EXTRA BASS range, the speaker is IP65 rated. Interestingly, it supports Wi-Fi and Google Assistant. The Assistant offers hands-free music playback, while the Wi-Fi can be used to connect multiple speakers for simultaneous playback. The best part? It runs for 16 hours on a single charge.

When at IFA, how can one not talk about displays? Notably, LG launched the world's first 8K resolution TV, with a massive 88-inch screen, supporting a mind-boggling 7680 x 4320 resolution. However, no other details were announced. Samsung too launched its Q900R 8K TVs. Available in screen sizes of 65-inch, 75-inch, 82-inch, and 85-inch, the TVs support the new HRD10+ format, and will go on sale next month.