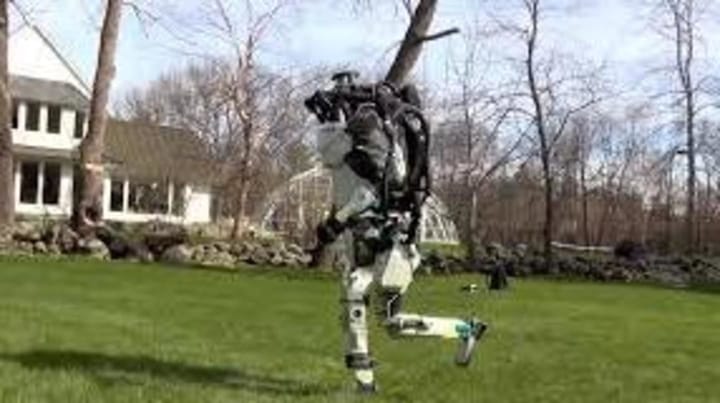 US-based robotics company Boston Dynamics' humanoid Atlas has learned to run and navigate autonomously. In a new video released by the company, Atlas was seen naturally moving around and jogging in a grassy, slightly uneven yard. At one point, he also jumped over a log that was obstructing its path. Boston Dynamics has a history of developing first-class, ingenious robots.

Its movements have become more fluid than ever

The new generation of Atlas was introduced in 2016, with Boston Dynamics showing its capabilities like walking around in the snow, stacking boxes weighing five kilos, opening doors, and getting up on its feet. It was more streamlined and lighter than its 5' 9'', 180-pound predecessor. Within a year, in 2017, Boston Dynamics released a video of Atlas doing insane backflips. 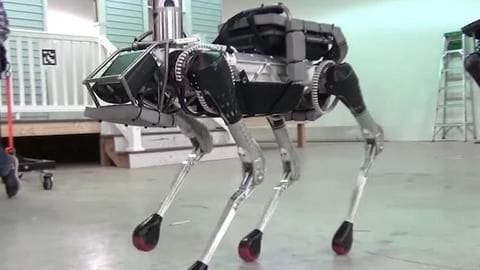 In another latest progress of the company's robots, its dog-like SpotMini robot can now run around a specified route autonomously. SpotMini was first taken around the course of its route and allowed to map the area using visual data from front-mounted cameras. Once it localized itself with the area, it could navigate that route autonomously and avoid obstacles and such.

Earlier in February, Boston Dynamics had released a video of the four-legged SpotMini opening doors. Described as "a nimble robot that handles objects, climbs stairs, and will operate in offices, homes and outdoors," it can carry out tasks like helping out in the kitchen and throwing cans in the trash. It can also pick itself up after falling down.

Boston Dynamics was once headed by Android-creator Andy Rubin

In 2013, Google's parent Alphabet had purchased MIT spin-off Boston Dynamics in a bid to build useful robots. The robotics arm was headed by Android-creator Andy Rubin for a year before he quit Google in 2014. In June 2017, Alphabet sold Boston Dynamics to SoftBank.