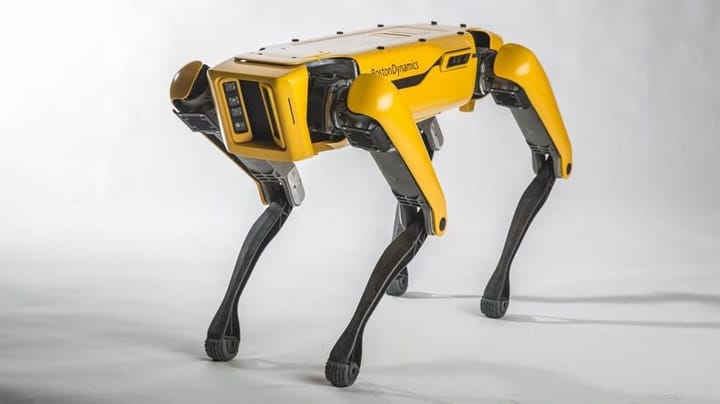 Robotics company Boston Dynamics has released a video of its latest four-legged creation, SpotMini, opening doors. The video is reminiscent of the scene in Jurassic Park where velociraptors learn how to open a door. Even more eerily, SpotMini resembles the killer four-legged robots programmed to hunt down humans in Black Mirror episode "Metalhead". Notably, this isn't Boston Dynamics' first foray into creepy robots.

Boston Dynamics was once headed by Android-creator Andy Rubin

In 2013, Google's parent Alphabet had purchased MIT spin-off Boston Dynamics in a bid to build useful robots. The robotics arm was headed by Android-creator Andy Rubin for a year before he quit Google in 2014. In June 2017, Alphabet sold Boston Dynamics to SoftBank.

Boston Dynamics has also showcased the SpotMini's capabilities before

Boston Dynamics describes the Spot Mini as "a nimble robot that handles objects, climbs stairs, and will operate in offices, homes and outdoors". In demonstration videos released earlier, Boston Dynamics showcased the SpotMini doing a variety of things from helping out in the kitchen, throwing cans in the trash and so on. It also has the ability to pick itself up after falling down. 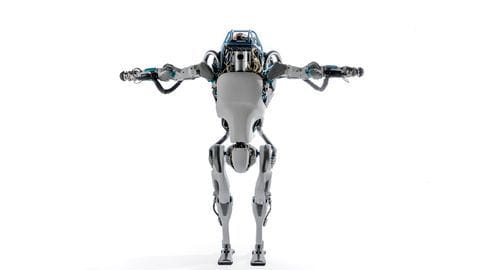 In 2016, Boston Dynamics, then still owned by Alphabet, released a video of the new generation of their human-like creation, Atlas. More streamlined and lighter than its 5' 9'', 180 pound predecessor, the video showed Atlas walking around, stacking boxes, opening doors, and getting up on its feet. Within a year, in 2017, Boston Dynamics released a video of Atlas doing insane backflips. 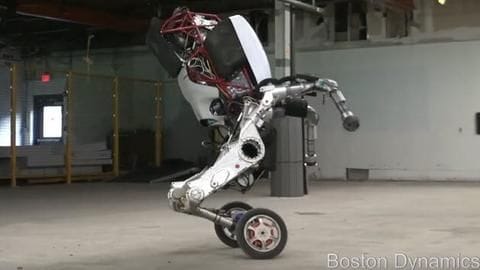 Another of Boston Dynamics' bipedal creations, Handle, as the name suggests, is designed to move stuff around. But that's the least Handle can do. The video released by Boston Dynamics showed the robot exhibit superhuman agility and pull off a lot of stunts and tricks at high speed. One thing's for sure, you wouldn't want Handle to be after you.

Being mean to these machines is not the best idea

Despite creating ingenious robots, Boston Dynamics seems to have had a history of abusing their creations. Be it kicking Spot, SpotMini's predecessor, or bullying Atlas, the backflipping, polite robot, Boston Dynamics has a mean way of testing their creations. Regardless of the scientific reasons for doing so, sci-fi enthusiasts would question the wisdom in being mean to increasingly intelligent door-opening, backflipping, insanely agile robots.